Yes, reindeer are real and an Oregon farm has the only ones in the state 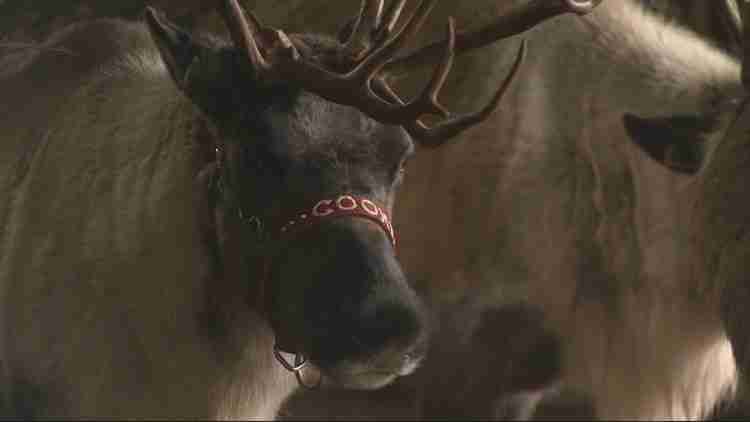 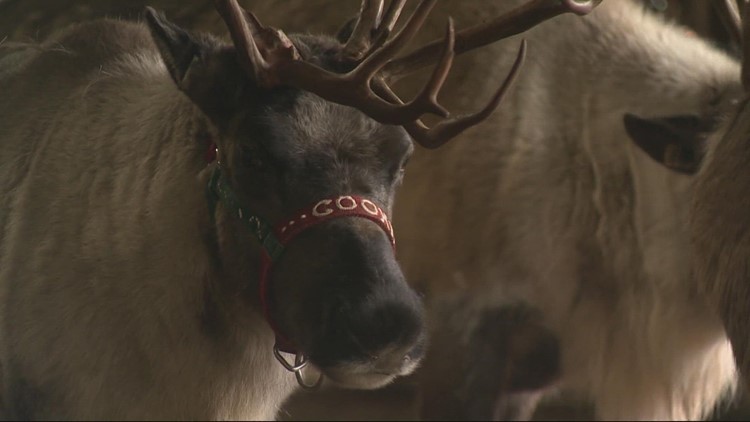 Cindy Murdoch originally planned on raising just two reindeer, but her herd now has nine. Her farm is the only one licensed in Oregon.

PORTLAND, Ore. — From the long, spindly and pointed antlers that grace their head for a few months before they fall off, to the thick fur that protects them from a cold, harsh winter, and a gentle demeanor that makes them easily domesticated — there’s just something magical about reindeer.

Even when it’s pouring rain outside, it feels like Christmas in the Timberview Farm barn, surrounded by reindeer.

The animals may be heavily associated with Christmas, but on Cindy Murdoch’s farm they live here year-round.

“Back up sweetie,” Murdoch said as she entered the barn housing her nine reindeer. Murdoch has been raising them for 22 years.

Murdoch said that at one point she had all nine of Santa’s reindeer named on her farm. Right now, “We have Dasher and Dancer,” but the others are Elf, Cookie, Noel, Joy, Glitter, Cocoa and Ginger.

“She’s a little standoffish. She’s being quite friendly following me around today,” said Murdoch.

Reindeer are among about 14 species labeled as domesticated. They live as a herd — and with this herd, you’re either a part of it or you’re not. Murdoch said that when she removes a reindeer for a period of time, she has to reintroduce them to each other over time as not to upset the current herd hierarchy.

And if you want to give them a snack, you better have the right kind!

“They only eat two different types of apples as a snack and they’re Galas and Fujis,” Murdoch said.

At one point, Murdoch had as many as 21 reindeer living on her Willamette Valley farm. Today it’s down to nine. They are the last nine living in Oregon after a Redmond farm closed down in 2016.

Timberview Farm is also the only licensed reindeer farm in the state.

You can’t visit the farm, but you can still see the reindeer in person. Throughout the holiday season, Murdoch will rent out her reindeer to various businesses around Oregon so you can see that they are indeed real animals.

“It’s just so much fun taking them out and letting people see that they’re real and all the magical things about them,” Murdoch said.

She said that the magic really happens when the snow falls.

“What they do is they get up on their hind feet and they twirl and they’ll also race and then literally levitate and literally all four feet are off the ground and they are floating. It’s so fun to watch! It’s like watching little kids play in the snow,” Murdoch said.

If you’d like to learn more about these animals and find out where they’ll be next, just head to Timberviewfarm.com for a full calendar of events.