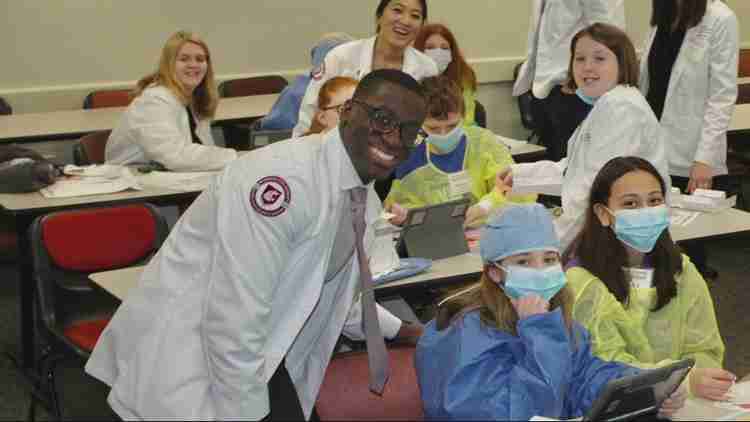 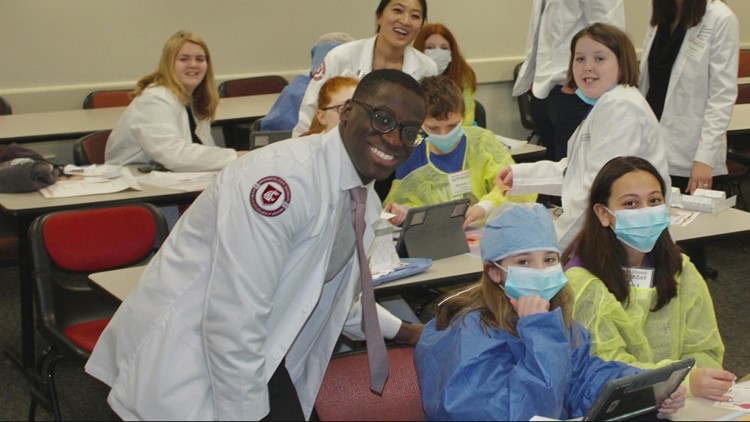 Joel Bervell is a medical student who grew up in the Pacific Northwest. He is popular on TikTok for his educational videos around health care and racial disparities

WASHINGTON, USA — If you’re on TikTok you may recognize Joel Bervell, he is widely known as the “Medical Mythbuster.” Bervell is on his way to becoming a doctor in a field where only 5% of physicians are black.

He has turned to social media to make educational TikTok videos to debunk health care and racial disparities in medicine. His videos have reached more than 110 million people and has more than 600K followers on all platforms.

And he’s doing it all while he’s finishing up medical school.

Bervell is originally from Washington state but has lived and worked in the Portland metro area. This past spring, Bervell was one of hundreds awarded a $25,000 scholarship from a pretty unlikely place – Taco Bell.

The restaurant chain’s Live Mas foundation gives out these grants ranging from $5K to $25K to students pursuing higher education every year.

What does racial bias look like in medicine? It’s back to school season, and I’m bringing my favorite series back for some classroom education. Let’s learn! #medicineexplained #healthequity #healthcare #doctor #nurse #racialbiasinmedicine #joelbervell

KGW had a chance to speak with Bervell, we asked him if he thought he would receive this big of a scholarship from Taco Bell.

“Definitely not,” playfully laughs Bervell. “Honestly when I found out I was surprised. They actually brought my parents down and had all my teachers. I was at the clinic that day. the physician I was with in pediatrics she had me walk outside and suddenly there was my family, all my friends there was my mentor from my medical school.”

He’s currently studying orthopedic surgery at Johns Hopkins in Baltimore, Maryland and will graduate medical school in 2024. He knew from the get go how financially difficult medical school would be and says getting this scholarship has been another push to keep going.

“So being able to have financial support like this means the world to myself, to other recipients as well,” said Bervell. “Because we are able to focus on what matters. Which is working, getting good grades, making sure we’re prepared for the future so that we can go out into the workforce and really make a difference.”

Bervell was named the top “voice of change” last year by TikTok, he’s working with white house healthcare leaders, and is also the cofounder of non-profit – Hugs for.