Why Oregon is seeing an increase in stink bugs 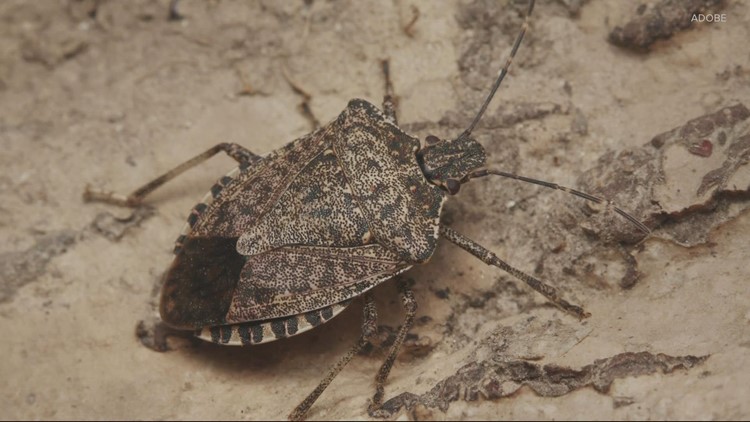 The brown insects are known as stink bugs because they emit a strong smell if they’re squished or killed. They try to get in homes to seek shelter from cold weather.

PORTLAND, Oregon — Chances are you’ve seen— or smelled—those brown insects that crawl and fly, known as stink bugs, around the area. Their name comes as they emit a real smell if they’re squished or killed.

Their population is booming in Oregon and researchers are linking the rise to our changing climate.

A recent modeling study found that changing weather could increase suitable habitat for the brown marmorated stink bug in the United States by 70%.

“If the climate is good enough for them, they start spreading,” said Javier Gutierrez Illan, an entomologist (or bug expert) at Washington State University. “That’s what they did. They’ve been doing that for the better part of three decades now.”

According to research, stink bugs are originally from Asia but were discovered on the East coast about 20 years ago. Illan believes people have been inadvertently transporting stink bugs in vehicles or farm equipment to areas that would otherwise be hard for them to reach by flying alone.

“If you look at the articles, you will see maps that are in cool to warm colors. The red colors show places that are going to be a better place to be a stink bug,” said Illan. “This means worst news for us.”

Stink bugs don’t like cold winters so they’ll try and get inside your home to keep warm. They also love living near water. And lately, they’ve been gravitating toward the valley of the West coast.

RELATED: ‘Pungent, it’s a very odd strong smell’ | How to keep stink bugs from stinking up your house

“What happens with every invasive species is that when they arrive at a new region they don’t have natural enemies,” said Illan. “So they start spreading. There is nothing that really controls them.”

That is until a few years ago. Researchers have found that samurai wasps can actually help control and minimize the stink bug population by laying their own eggs on developing stink bugs and killing them.

“This wasp is able to control about 60% of the stink bugs in the native range, which is remarkable,” said Illan.

“Climate change is just part of the story,” said Illan. “Global change involves many things like changes of land use, changes of wheat patterns, changes, and how we do aggressive farming, things like that. So how behavior affects global change.”

RELATED: Are you a mosquito magnet? It could be your smell