What is Día de los Muertos? 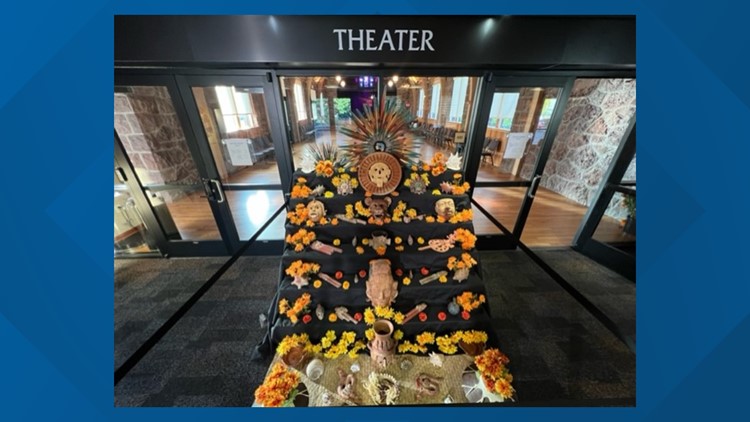 Día de los Muertos is Mexican a holiday where families pay respects and remember friends and family members who have died.

HILLSBORO, Ore. — Día de los Muertos (Day of the Dead) is a Mexican holiday in which where families pay respects and remember friends and family members who have died. It traditionally runs Nov. 1-2.

While the tradition starts the day after Halloween, and incorporates skulls and other costumes, it is not a Mexican version of Halloween.

The first observance of the holiday is unknown but it is rooted in agriculture-related beliefs from Mexico’s pre-Hispanic period, said Andrés Medina a researcher at the Anthropological Research Institute of the National Autonomous University of Mexico.

Catholic traditions were incorporated into the celebration after the Spanish conquest in 1521.

RELATED: Portland’s Día de Muertos celebrations has a whole new look in wake of the pandemic

Families celebrate their loved ones who have passed away by creating a decorated altar usually in someone’s house — known as an ofrenda — by welcoming their spirit to visit them.

Generally, families decorate their altars with their loved ones’ favorite items. Things like food, drinks, flowers and skulls known as “calaveras” are placed alongside pictures of the deceased.

RELATED: ‘I love this tradition’: What to know about the Day of the Dead

There are a handful of Día de los Muertos events happening in Portland and surrounding cities this week — including the Walters Cultural Arts Center in Hillsboro.

The arts center will be running a two-day event with live music, dancers and an explanation of the cultural celebration with a pop-up art exhibit. This is running Nov. 1 through Nov. 2 from 5-8 p.m.