What does 2023 hold for Portland and Vancouver? 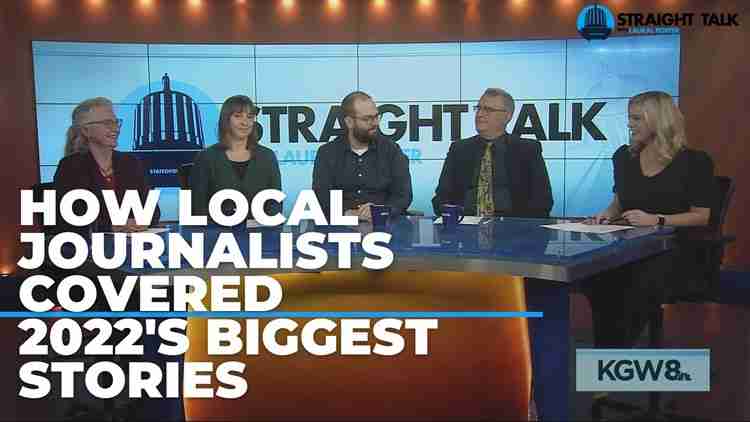 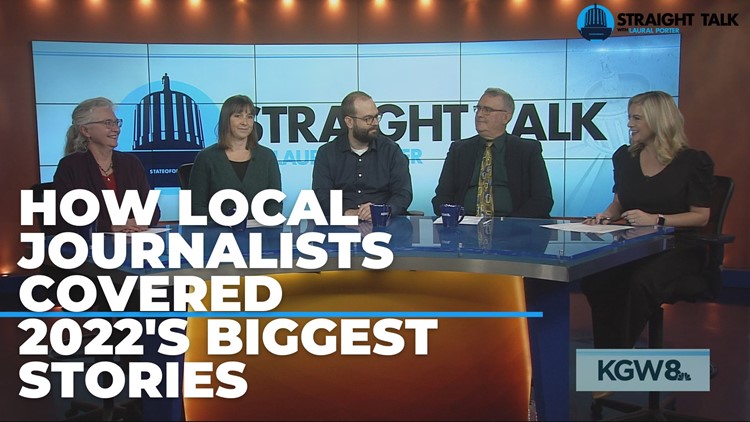 News editors from Portland and Vancouver newspapers and broadcasters gathered at KGW to discuss 2022’s biggest news, and how it’ll shape 2023

PORTLAND, Ore. — As 2022 winds down, we’re taking a look back at some of the year’s biggest news, along with leaders from some of the Portland and Vancouver area’s biggest news outlet. Betsy Hammond, politics and education editor at The Oregonian; Lillian Mongeau Hughes, health and justice editor at Oregon Public Broadcasting; Aaron Mesh, news editor at Willamette Week; and Craig Brown, editor at The Columbian joined us to talk about how the biggest events from 2022 will shape the coming years.

Most competitive governor’s race since 2010

“You had three factors that you’ve never had before in modern times in an Oregon governor’s race, all coming together. The presence of a third candidate — credible, well-financed, unaffiliated candidate for governor — really made things interesting,” The Oregonian’s Betsy Hammond said of Betsy Johnson’s campaign.

Johnson gathered enough signatures to get her name on the ballot as an unaffiliated candidate, and garnered significant financial support and endorsements, but ultimately won only about 8% of the vote.

“And then there was the money — $70 million in ads. That was almost twice the previous record,” Hammond continued.

Oregon is one of five states that doesn’t have campaign finance limits, and this year’s race was the most expensive in state history.

“And then finally, we had polls near election time that showed the Republican candidate Christine Drazan ahead,” Hammond added. “That’s not politics as usual in Oregon.”

Drazan’s campaign was so competitive that Democrats pulled out all the stops in the final weeks of campaigning, bringing President Joe Biden, Senator Bernie Sanders, and Senator Elizabeth Warren to Portland to drum up support for Democrat Tina Kotek, who ultimately won the race.

“It was historic, and quite a ride,” said Hammond.

In 2022, Portland city leaders tried desperately to revive the city’s downtown, which emptied in 2020 as white-collar workers shifted toward remote work, and later became the epicenter of months of racial justice protests. Leaders tried numerous efforts to entice people to come downtown, and while some of them worked — crowds came down for the Waterfront Blues Festival, Rose Festival events, and other weekend entertainment — studies showed that weekday traffic remains low, and that Portland’s downtown is one of the last in the country to rebound from the effects of the pandemic.

Dozens of businesses have left the downtown core and Portland altogether, citing crime, problems with homelessness and an environment unfriendly to business.

Meanwhile, across the Columbia River, Vancouver’s downtown has never been better. The new Vancouver waterfront hosts dozens of new businesses, a park, luxury hotels and apartments.

“I think we’re feasting a little bit on Portland’s malaise,” said Craig Brown of The Columbian. “We probably had a little bit of luck with the timing in that we were able to redevelop a waterfront that has been a 10-year effort but turned out to be redeveloped and opening just at the right time.”

Vancouver has also been quicker than Portland to open tiny home villages to shelter homeless people, opening two villages so far with a third proposed downtown. Brown credits a levy that Vancouver voters approved in 2016, freeing up $42 million dollars to address homelessness and affordable housing.

But Aaron Mesh of Willamette Week cautions that Portland and Vancouver are not an even comparison.

“Let’s not overdo the success story here. It’s easier to solve homelessness in the suburbs. Beaverton and Hillsboro look real nice too,” Mesh said. “(In Portland) you have an urban center, with a number of people who cannot find affordable housing and rents continue to rise, evictions are up.”

Lillian Mongeau Hughes of OPB added, “These are problems across the country right now. Every major city in the U.S. is dealing with these issues — low occupancy in their downtowns because of all the major shifts that have happened because of a global pandemic — not to say that we don’t have real problems in Portland that need to be worked on, but we’re not the only ones trying to face these issues.”

In Publishing Prejudice, the Oregonian dug into their archives and learned that the paper had a history of racist coverage, going back to founder Henry Pittock and editor Harvey Scott. The paper’s current editor, Therese Bottomly, apologized for the paper’s past coverage.

In an ongoing series, The Columbian is following an Afghan refugee family as they settle into a new life in Clark County. The family was separated by circumstances beyond their control and the father is in Germany, hoping to soon win permission to emigrate to the United States to be reunited with his wife and children. A third installment of their story is planned this month.

Willamette Week is documenting vacant property in Portland, in a series called Chasing Ghosts. Mesh said he’s seen the most engagement from readers on the series ever in his time as editor.

“I think it’s because people look in their own neighborhoods and they have mysteries that they pass by every single day. They wonder, ‘Why would this building stand empty for 30 years?’ or, ‘Why did this restaurant disappear, I loved it?'”

Willamette Week plans to continue the project into 2023.

OPB is doing a series on threats to salmon in the Pacific Northwest, and what it tells us about the environment.

“It tells us that we’re running out of time to do something about salmon. It’s well past time,” Mongeau Hughes said. “The window is getting narrow.”