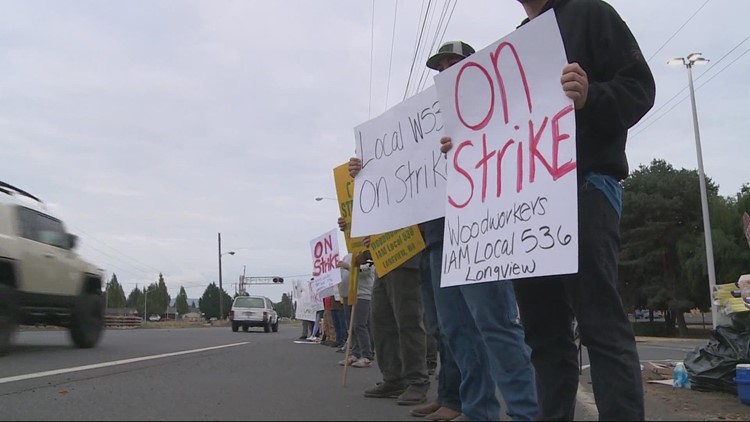 More than 1,000 employees took to the picket line for 46 days because of sticking points over health care costs in union negotiations.

SPRINGFIELD, Ore — Union workers at the timber company Weyerhaeuser have ended their strike and could be back on the job as early as next week in Oregon and Washington.

More than 1,000 employees took to the picket line for 46 days because of sticking points over health care costs in union negotiations, KLCC Radio reported Saturday.

The union agreed to end the strike after Weyerhaeuser agreed on some fixed costs, instead of percentages.

Workers could be back Monday or Tuesday.

Weyerhaeuser, one of the world’s largest forest and forest products companies, owns nearly 12.4 million acres of timberland in the U.S., manages an additional 14 million acres in Canada and also make wood products.

According to a letter from the union, negotiations with Weyerhaeuser began in April for a new collective bargaining agreement that expired May 31.

Weyerhaeuser, according to the union’s letter, presented a proposal on Aug. 19. The proposal included “a number of improvements,” but “came nowhere close to what our members wanted or deserve.” The offer was rejected by union members.

OTHER STORIES: Worker strikes, unionization efforts are up in Washington state. Here’s why