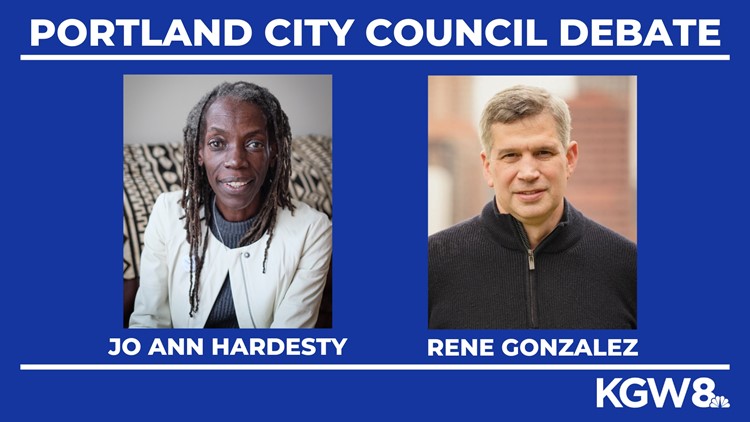 PORTLAND, Ore. — Incumbent Portland city commissioner Jo Ann Hardesty and challenger Rene Gonzalez will face off in a debate at noon Friday, hosted by the City Club of Portland and moderated by KGW’s David Molko.

KGW will stream the debate live in the player above and on YouTube and the KGW app.

Hardesty, a navy veteran and civil rights leader, was elected in 2018 and became the first Black woman to serve on the Portland City Council.

Gonzalez, a technology business owner and lawyer, was one of 10 opponents who challenged her in the primary election in May.

The two of them faced off in one previous debate in early April along with administrative law judge Vadim Mozyrsky, another prominent candidate in the primary election race.

Ryan came in first in his race in the May primary with 54.5% of the vote, a majority that allowed him to win another term outright.

Hardesty finished first in her race with 43.7%, falling short of the 50% majority threshold and setting up a November runoff against Gonzalez, who finished second after narrowly edging out Mozyrsky 23.2% to 22.2%.

The winner of the November runoff will serve a four year term on the council starting in January.