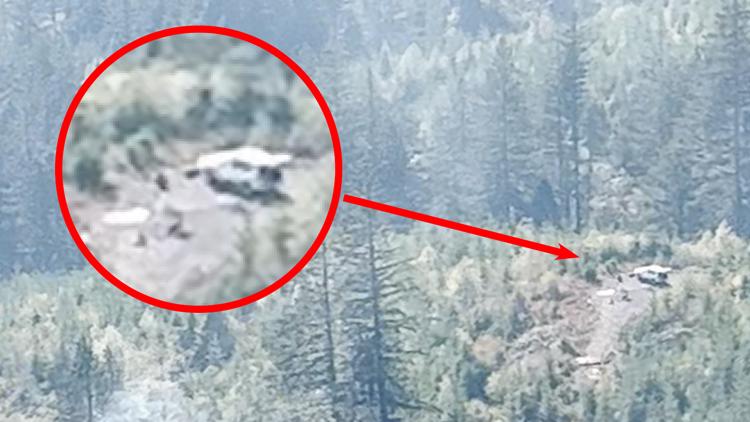 Investigators are asking for help identifying people and a vehicle of interest seen near where the fire is burning on October 9, the day it started.

CLARK COUNTY, Wash. — Fire investigators are looking for a vehicle of interest connected to the Nakia Creek Fire that has prompted evacuations in Clark County.

On Monday afternoon, the Clark County Fire Marshal’s Office said they were looking for a white or light-colored Subaru vehicle seen on video along a ridge near where the fire is burning on Larch Mountain, north of Camas. The video was taken on the day the fire sparked on October 9, around 3:30 p.m.

“Based on witness statements, we also believe there were two men and two women connected with this vehicle,” said Assistant Fire Marshal Curtis Eavenson.

Last week, the Washington State Department of Natural Resources said it believed the fire was “human-caused” as there was no lightning when it broke out. Officials said they were still trying to determine exactly how the flames sparked.

Those with information about the vehicle or people are asked to contact the county’s fire marshal office at (564) 397-3320.

The fire grew from 150 acres to 1,500 on Sunday afternoon after it broke containment lines. National Weather Service officials had issued weekend red flag warnings for parts of Oregon and Washington because of east winds and low humidity contributing to critical fire weather conditions.

Fire officials said no structures have burned and nobody has been injured. Nearly 100 firefighters are working to control the fire.

Click here for the interactive map with evacuation orders