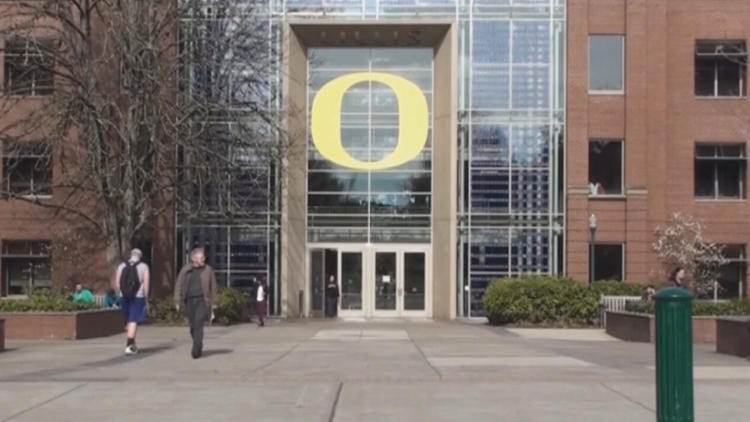 The University of Oregon says the program is immediately available to roughly 150 to 175 Native American students on campus.

The University says the program is immediately available to roughly 150 to 175 Native American students on the UO campus.

Thanks to state, federal and institutional grants, the Home Flight Scholars Program will cover tuition costs and fees and develop a culture-rich program for new students to help them launch successful academic careers for eligible Native American students.

“We know that education is the silver bullet out of poverty,” said Jason Younker, assistant VP on sovereignty and government to government relations at the UO. “And it’s shameful to know that the most impoverished communities are the indigenous communities.”

National data shows that  28.4% of Native Americans live under the poverty level — this is double the national average. Data also shows that financial hardships make up 38% of the reason why students drop out of a four-year-college. This program will take away one of the biggest burdens students carry for Native American students.

“I almost dropped out because I was so stressed and I didn’t think how more expensive the university would be,” said Megan Van Pelt, a junior at the University of Oreogn who is also a member of the confederated tribes of the Umatilla Indian Reservation.

Van Pelt believes this new program will be life changing for many Native Americans wanting to go to college.

“I just remember crying, to be honest, because to not have that on my mind every day is super nice,” Van Pelt said. “I just remember my first year was just constantly looking for scholarships, constantly asking my advisors for help for anything to get those scholarships in. And I just think it’s a sigh of relief to think that this program is also going to help other students who are not part of the Oregon federally recognized tribes but also all the other natives we have on campus.

The program will create academic advisory positions to mentor Native American students and help connect students to their heritage by connecting them to tribal jobs and internships.

The UO also aims to boost retention and graduation rates of American Indian students above the national average while also expanding representation from their community.