Under Oregon mayor's homelessness plan, state would shell out for every city 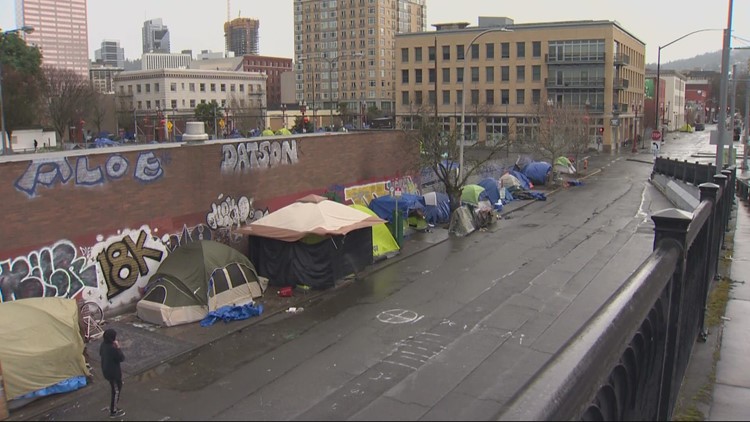 Members of the Oregon Mayors Association laid out funding proposals to tackle the issue with a price tag of over $123.5 million annually.

PORTLAND, Ore. — A group of 25 mayors from throughout Oregon gathered on Monday to discuss their plan to address the homeless crisis. The group, which includes Portland Mayor Ted Wheeler, wants to create a partnership between the state and every city in Oregon for a steady stream of funding.

During a virtual briefing Monday, members of the Oregon Mayors Association laid out funding proposals and a plan to address homelessness with a price tag of over $123.5 million each year.

The group has two budget proposals they plan to present to Oregon lawmakers next year. The first one will give money directly to cities. Under that proposal, each of Oregon’s 241 cities would receive funds equal to $40 per resident — with at least $50,000 guaranteed for all cities, no matter the size.

Cities will be able to decide how to use the funds for their homelessness response or they can redirect the money to community partners.

The second budget proposal wants investments made for shelters and affordable housing projects to be required. The task force of mayors sent a letter to the legislature and all three candidates for governor detailing their request. They said that the candidates for Oregon governor are looking at the proposals.

“How confident are we? Well more confident than if we weren’t bringing forward any proposal,” said Hillsboro Mayor Steve Callaway.

The group will officially present the proposals to lawmakers during next year’s legislative session.