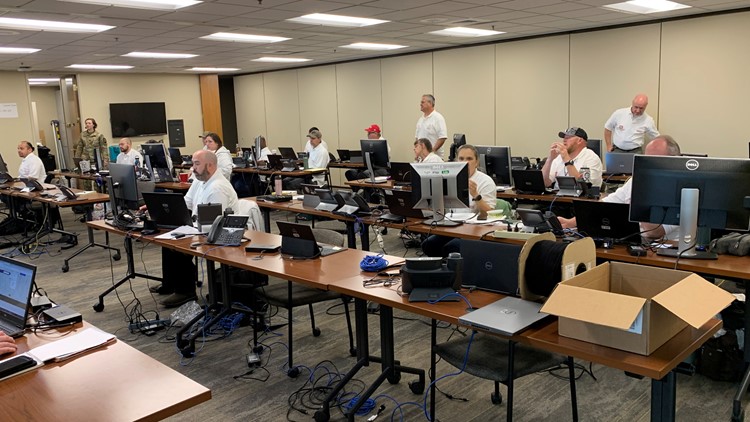 The goal of Operation Blue Roof is to get temporary roofs on hurricane-damaged homes.

PORTLAND, Ore. — If the images coming out of Florida are any indication, the need for assistance in the wake of Hurricane Ian will be immense. And Portland is poised to answer the call for help.

“It’s extremely important and it’s such an honor to get to serve the American people in this way,” said Colonel Mike D. Helton, commander of the Portland District U.S. Army Corps of Engineers .

Helton said the Portland District, on behalf of FEMA, will be operating the call center for Operation Blue Roof.

“We’re preparing for Operation Blue Roof to be able to get people back in their homes and provide a temporary roof over their heads,” Helton said.

Employees with the U.S. Corps of Engineers are training right now but in a matter of days they will be taking calls from Floridians who have badly damaged roofs due to Hurricane Ian.

These call takers from a high rise in downtown Portland, will then tap contractors in the Southeast who will go out and install fiber-reinforced sheeting over hurricane-damaged roofs.

RELATED: How Oregonians can help with Hurricane Ian relief efforts

“Being someone from Florida — Florida is very special to me and I want to help out my state as much as I can,” Jonathan Jenkins said.

Jenkins will be one of the volunteer call takers, just like he was in the days after Hurricane Ida hit Louisiana.

The Operation Blue Roof call center based in Jacksonville, Fla. at that time, received a peak call volume of more than 16,000 calls for help per day. It resulted in contractors installing more than 33,000 temporary roofs.

“When they get to us on the phone and get to speak to a voice of someone who cares and is there to help them it’s a good experience for them and it helps them feel better and it makes us feel good being able to help them,” Jenkins said.

Operation Blue Roof was up and running for approximately two months following Hurricane Ida. The length of this new mission has not yet been determined.

The call center will begin taking calls as soon as Florida Gov. Ron DeSantis contacts FEMA for assistance. That is expected to happen in the next 24 to 48 hours.