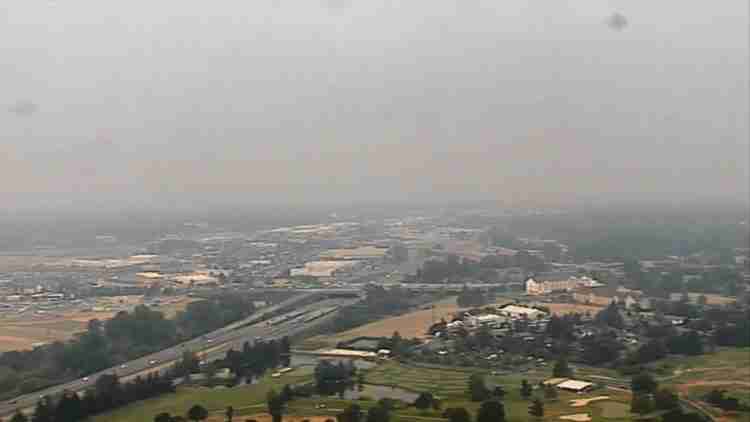 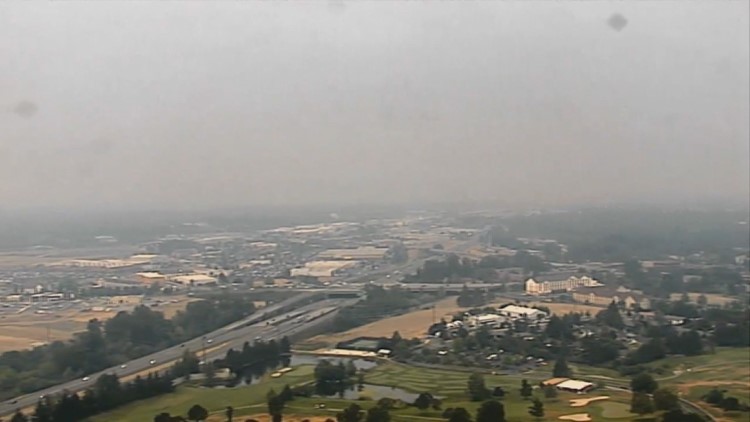 With more smoke-filled days due to bigger fire seasons, communities are trying to figure out how to manage it. A pair of U of O graduate students are helping.

EUGENE, Ore. — Finally, the wildfire season is mostly snuffed out. But with smokey days on the rise due to bigger fire seasons, communities are trying to figure out how to manage it. So two University of Oregon graduate students are helping develop smoke management plans for southern Oregon’s Jackson County.

Fire seasons have been getting worse and worse; climate change and other factors have fires burning hotter and the season, lasting longer.

“The fire landscape is changing dramatically, and we see it in the air quality data in Jackson County,” said Stuart Warren.

Warren is one of two University of Oregon graduate students who are coming up with a smoke management plan for Jackson County, which is home to the city of Medford.  It’s important, because the county has gone from an average of five hours of poor air quality in 2010 to about 350 hours in 2021.

They’ve studied the area and are in the middle of writing up a community plan.

“But what we have learned so far is that folks in Jackson County want to learn more about smoke, they want to be notified in as ample time as possible before smoke enters into the Rouge Valley and they need to know what to do,” said Warren.

Warren is also working towards a master’s degree in community and regional planning, at the U of O’s Institute for Policy Research and Engagement. His partner on the project is graduate student,  Anna Murphy.

Warren said the response plan they’re developing in pretty straightforward and meant to mitigate the damage done to humans from breathing smoke-filled air. It’s hardest on the very young, the elderly and those with health issues.

“The other thing we found was there are a lot of houseless folks and other outdoor workers who are just continually exposed to smoke. We’ve tried to come up with options for them so they can protect themselves from some as well,” said Warren.

For most of us with a home, Warren said the best thing to do is stay inside. It’s important to have a weatherized structure that doesn’t let the smoke leak in.  It’s best if you have an air purifying unit, to clean the air inside. Running an HVAC system with the outside air induction turned off also helps.

Also, Warren said to refrain from burning candles, running the gas stove and avoid vacuuming because it kicks up smoke particles and other dust.

This is the type of information that is being built into the smoke management plan, so Jackson County officials can help keep its citizens healthier in a world where wildfire impacts continue to grow.

“We just saw wildfires on the coast in late November which is pretty crazy to think about in Oregon because the Oregon coast is pretty wet typically. Things have changed quickly and these plans will really help us to adapt to that new world of wildfire that we’re living in,” said Warren.

The work is funded in part by federal dollars from the Department of Environmental Quality, which awarded grants to 20 local and tribal governments to develop smoke management plans. Only a handful of communities in Oregon have such a plan.