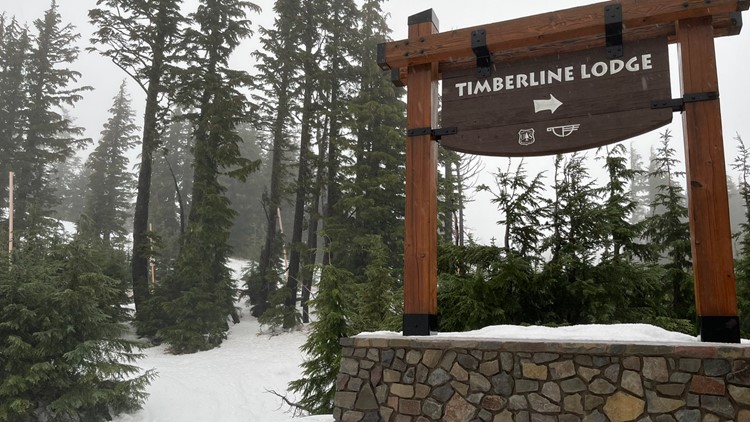 The Pucci and Bruno lifts open Friday, Nov. 11 at Timberline, kicking off ski season for Oregonians.

GOVERNMENT CAMP, Ore. — It’s a good day to be a skier and snowboarder because Timberline Lodge announced Wednesday morning that it will open its lifts Friday, Nov. 11, just two weeks before Thanksgiving.

Two lifts, Pucci and Bruno’s, are scheduled to open at Timberline Lodge. Other lifts will open to skiers as conditions allow, the resort said.

The ski area will be open daily after Friday from 9 a.m. to 4 p.m., conditions permitting.

John Burton with Timberline Lodge told KGW that the average opening of the resort is scheduled for Nov. 16. Last year, the Mount Hood ski areas didn’t open until Dec. 12, making this year a unique one.

This winter, Portland and surrounding areas are projected to bring a third consecutive La Niña Enso cycle, according to the National Oceanic and Atmospheric Administration (NOAA).

What does that mean for this winter’s weather? A third La Niña in a row means we can likely expect a mild, rainy November and December. In the new year, we can probably expect some valley snow, maybe two to three inches, but a large snowstorm in Portland is unlikely, said KGW meteorologist Rod Hill.

Other Oregon resorts have already decided to get their lifts up and running Thanksgiving weekend this year. Mount Hood Meadows and Mount Bachelor are planning on opening Friday, Nov. 25.

RELATED: How much snow will Portland get this winter? Rod Hill winter outlook 2022-23