TriMet's unarmed safety team has been on the job for months, so what does it look like? 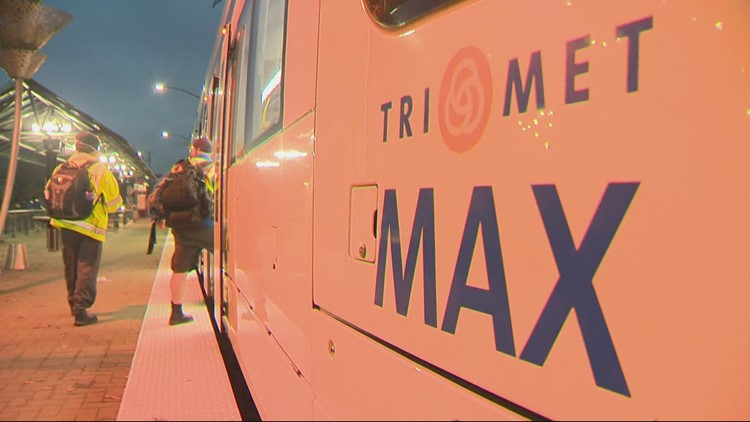 The agency began assembling this team last March, while they allowed Multnomah County to take over transit policing.

PORTLAND, Ore. — Last March, TriMet handed over control of transit policing to the Multnomah County Sheriff’s Office. Since then, TriMet has been building and training an unarmed group of employees to reassure riders of their presence and help those in need.

“What surprised me was how willing and open people are and can be, with us, on a train ride,” said Beverly Hermosillo, an SRT field supervisor.

Portlanders are most likely to meet Hermosillo and TriMet’s 24-member Safety Response Team riding MAX — greeting riders on trains and platforms across the system.

“We are really, really getting to know some of the members of our community in a way, and on a level that’s very special to me,” Hermosillo continued.

RELATED: ‘Don’t do it to our employees’: TriMet to exclude riders caught spitting on operators

SRT members aren’t police, they’re unarmed. And while their presence can help de-escalate sometimes tense situations with riders, they’re mostly there to assist anyone who needs help.

“Houselessness, mental health or addiction — we try to refer them out to community-based organizations where they can get further assistance,” Hermosillo said.

“These efforts are born from our efforts to reimagine public safety on transit, which we started in the summer of 2020,” said Tyler Graf, public information officer with TriMet.

The agency began assembling this team in March, while they allowed Multnomah County to take over transit policing. The point is to reach out to those who will allow it.

“Instead of simply looking at this from the perspective of crime, the holistic approach is looking at what are some of the underlying issues,” said Graf.

“I’ve also been able to really come to individuals who are struggling in a moment, and provide them with assistance that … can sometimes make a difference,” Hermosillo said. “And that has been so meaningful, for me, personally.”

March marks six months since the SRT began riding TriMet. The team is funded through at least 2025 with the goal of connecting riders in need with social services, reducing 911 calls for non-emergencies, and providing emergency supplies to those who need them.