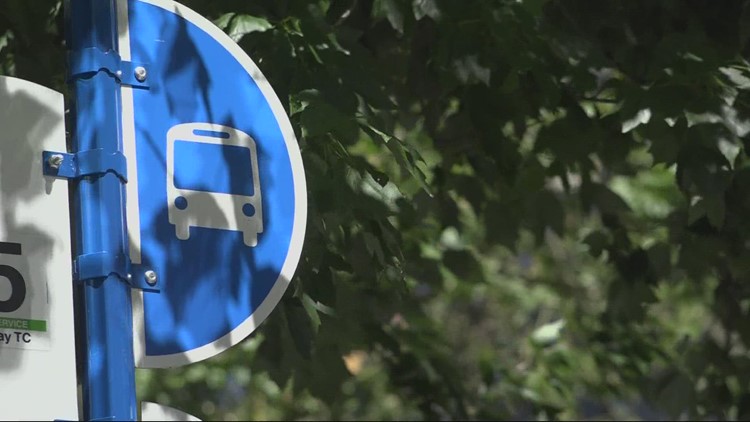 Ordinance 369 would amend the transit code to expand the list of offenses that could get a passenger banned.

PORTLAND, Ore. — TriMet wants to hand out tougher penalties to riders who violate transit code. This week, the Portland-area transit company proposed expanding the number of crimes and behaviors that can get a rider banned from transit.

This is part of a larger expansion of safety. This year, TriMet doubled both the number of safety supervisors and its safety response team. They’ve also added 50% more contracted transit security staff.

RELATED: TriMet’s unarmed safety team has been on the job for months, so what does it look like?

This proposed rule change, Ordinance 369, would authorize them to impose long-term exclusions, for 6 months up to life, for people committing Class A-misdemeanors, including: public indecency, possession of fake bomb-like devices and offensive sexual contact. This is in addition to assault and bias crimes.

“This is about protecting people,” said Robert Altstadt of TriMet, “and giving them the peace of mind knowing that we can hold people accountable if they are going to act out and target others on the system.”

TriMet has only ever issued one lifetime ban, to repeat sex offender Jared Walter.

It’s estimated this new ordinance may affect more than 100 known offenders that currently use the system, meaning TriMet would individually review each case and the offender may receive a long-term ban of six months or greater.

The proposal was read Wednesday; it goes up for vote before the TriMet Board of Directors on Dec. 15