Tram from OHSU closed for maintenance until Nov. 28 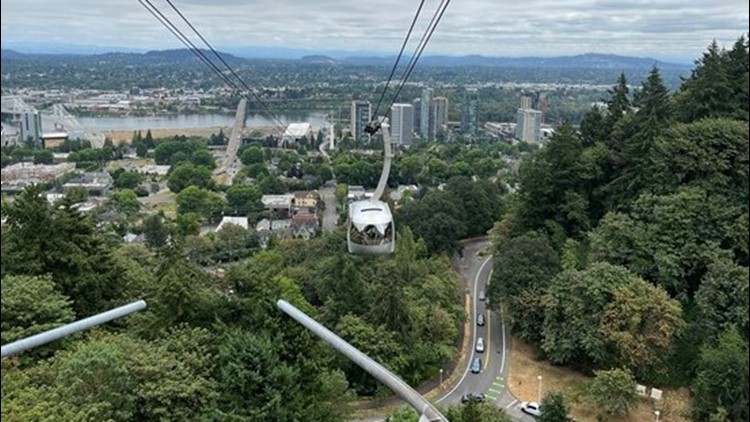 The Portland Aerial Tram is down for scheduled maintenance through the Thanksgiving holiday weekend. Shuttles will be running instead.

PORTLAND, Ore. — The Portland Aerial Tram that connects Oregon Health & Science University’s Marquam Hill campus with the South Waterfront will be down for maintenance through the Thanksgiving holiday weekend, according to the Portland Bureau of Transportation.

The closure begins 7 p.m. Friday and extends until 5:30 a.m. on Monday, Nov. 28. Officials said that the work is scheduled for the weekend after Thanksgiving due to lower use around the holiday.

“The closure will allow crews to replace the tram’s haul rope, which is used to propel the tram cabins from one station to the other,” PBOT said. “The haul rope stretches over time and must be shortened every 18 months and replaced every six years.”

RELATED: Tolls are coming to I-205 and I-5 around Portland. It’s just a matter of time

In the meantime, there will be shuttle buses running between Marquam Hill at the Kohler Pavilion roundabout and the South Waterfront on S Whitaker Street between S Bond Avenue and S River Parkway.

Though shuttles will be running continuously during the tram’s normal hours, PBOT advised that the detour could add as much as 30 minutes to transit time and will result in 10-15 minute waits at each stop.

Commuters who normally transfer to the tram are advised to plan an alternate route where possible.

Fare will not be required to board the shuttles. PBOT said that more shuttles will be running during peak travel times, and the service is expected to run during the following days and hours:

PBOT said that anyone needing ADA access for the route will need to ask an attendant for assistance.