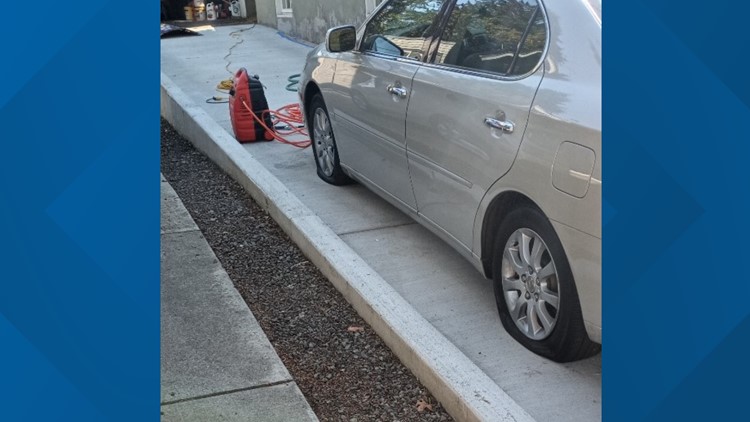 More than 50 victims were hit in the Roseway neighborhood early Saturday morning. No arrests have been made.

PORTLAND, Ore. — On Saturday morning, Portlanders in the Roseway neighborhood in Northeast Portland woke up to an alarming surprise: slashed tires on their vehicles.

Portland police reported that an officer responded to a vandalism call in the 2800 block of Northeast 72nd Avenue at around 8:50 a.m.

Upon arrival the officer learned that the victim’s car had two tires punctures. Additional car tires in the neighborhood also had damage, police said.

A North Precinct Public Safety Support Specialist documented as many as 20 additional victims later on Saturday, according to a police news release. The victims were in a multiple-block radius west of Roseway Heights Middle School.

Police said the total number of victims is more than 50 so far. Further investigation is being done.

Police are asking victims who have not made a report to do so on the Portland Police Bureau website and to reference case number 22-263990.

They ask for victims to document their damage by taking photographs. Police are also asking that the victims keep records of voicemails and receipts of the damage cost.

Additionally, investigators are asking neighbors who have doorbell cameras or other surveillance cameras to check footage for potential images of the suspect (or suspects). Anyone with evidence is asked to e-mail crimetips@police.portlandoregon.gov with “attention North NRT” and reference case number 22-263990.

It is important that victims take the time to report it so any future prosecution has the ability to aggregate the charges as appropriate, police said.