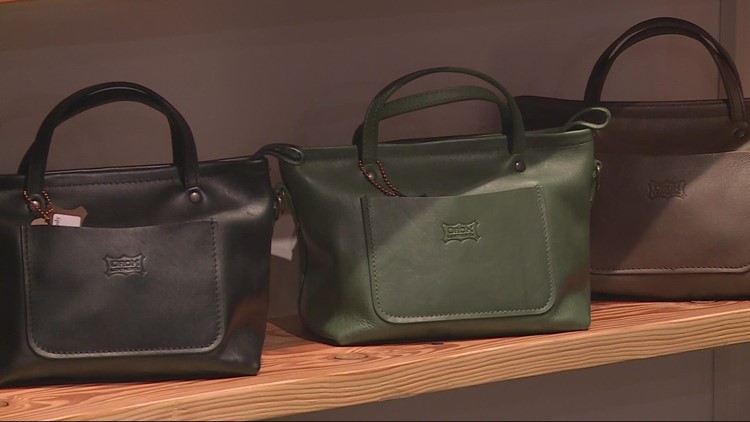 At around 4 a.m. security cameras recorded three thieves breaking into Orox at 450 Northwest Couch Street between Northwest 4th and 5th Avenue. Surveillance footage shows the three suspects stuffing a sleeping bag with most of the merchandise on display — including leather purses and wallets.

General Manager Martin Martinez estimated their losses at around $25,000, including the bulk of their Black Friday inventory.

“I think it was definitely an organized crime situation,” said Martinez. “We didn’t expect to be boarded up for the holidays… we’re definitely hurt by this event this morning.”

Despite the boards covering their broken glass, Martinez said Orox is still open for business.

“We need people to show up in our neighborhood and support small family businesses like ours,” said Martinez.

The name Orox is a tribute to Oregon and Oaxaca, Mexico, where Martinez’s family is from.

“We combined the two places we love,” said Martinez.

That love has been tested of late. Besides Tuesday’s break-in, Martinez said their downtown location on Southwest 10th Avenue has been broken into twice in the last two years. He now worries about keeping his insurance coverage on top of everything else.

“Small businesses struggle in a post pandemic world despite things getting better,” said Martinez. “It definitely effects more than you can expect to have crime go unchecked like this.”

Orox has been in its Old Town location for 12-years. Despite increased crime in the area, Martinez said he doesn’t want to leave. Instead, he wants conditions to get better and safer, and hopes the city does too.

“Tackle those root causes of why this happens,” said Martinez.

Anyone with information on this case is asked to call Portland Police.