'There isn't one solution': How government, business and community groups work together to overcome the digital divide 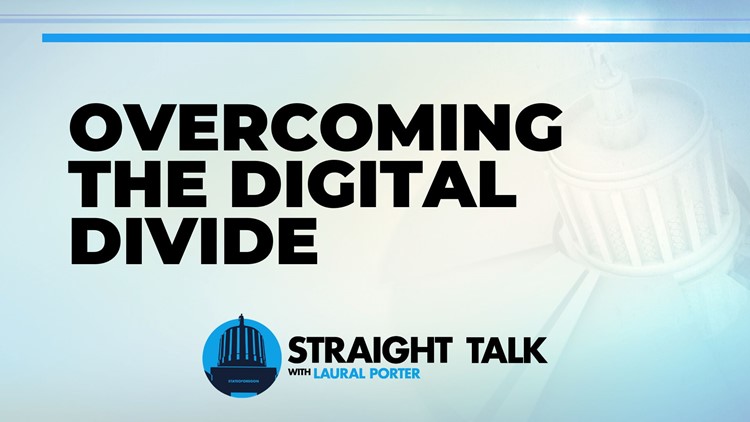 The pandemic exacerbated the burden on people who don’t have reliable high-speed internet access. It takes multiple approaches to meet those needs.

PORTLAND, Ore. — During the early days of the pandemic, reliable and fast internet connectivity became a lifeline for nearly everyone in some fashion; whether it was online school, working from home, ordering groceries or telehealth doctors appointments. It also meant that people who don’t have that connection for one reason or another had an extra burden during an already difficult time.

Comcast Pacific Northwest estimates that 20% of Oregonians either don’t have a broadband connection, a device they can use to connect to the internet or the skills needed to navigate the online world. The divide is more extreme among already-marginalized people.

“Primarily it affects people of color, Indigenous people, people with disabilities, as well as low-income households and older adults,” said Leina Gonzalez, the City of Portland’s Digital Equity Coordinator. “This gap actually prevents equal participation and opportunity in all parts of life.”

The needs vary from person to person — from not being able to afford a monthly internet bill or to buy a device, to not having the skills or confidence to use it, to living in an area that doesn’t have high-speed internet options.

The City of Portland has been working on expanding digital access since 2016 when Portland City Council adopted a digital equity action plan that included tech kit deliveries to people who needed them. The city also works closely with Comcast Pacific Northwest to expand access to the internet. In 2011, Comcast launched the Internet Essentials Program, a low-cost home internet solution for households that qualify. It comes with a wifi-enabled router, low-cost service, and low-cost devices. The program also provides opportunities for users to build digital skills.

The city also adopted a Digital Navigators Pilot Program, which funds community organizations working to address digital needs. The latest recipients were the Rosewood Initiative, Afro Village and Free Geek, while Comcast funded a grant to the United Congolese Community Organization of Oregon. In October, the city held an event at the Rosewood Initiative where people could join a digital skills workshop and devices were handed out.

Juan Muro with Free Geek, an organization that reuses and recycles electronics in order to provide them to people who need them, says understanding the specific needs of people who lack internet access is key to addressing the digital divide.

To find out more about Comcast’s Internet Essentials Program: xfinity.com/ie

To add your community organization to a list for future funding opportunities through the City of Portland’s Digital Navigators Pilot Program, email: connectingportland@portlandoregon.gov