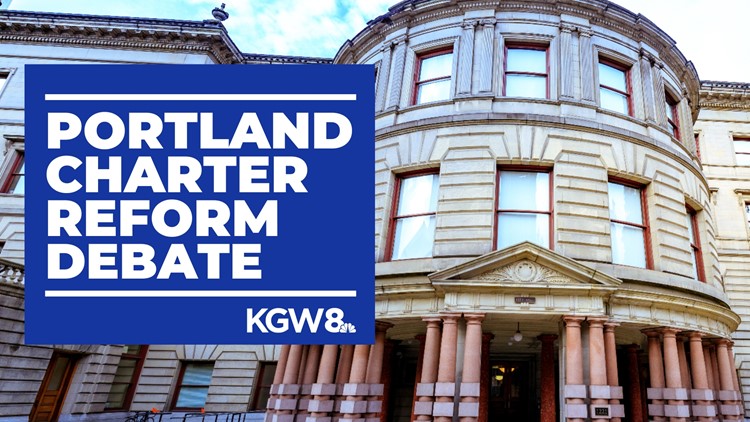 Supporters and opponents debated the measure heading to voters in November that would radically reshape Portland’s form of government.

PORTLAND, Ore. — Portlanders are less than six weeks away from deciding the fate of a proposal that would radically overhaul the city’s government structure, and supporters and opponents gathered Thursday evening to debate the measure.

Sol Mora, Candace Avalos and Melanie Billings-Yun attended in support of the proposed overhaul, while Vadim Mozyrsky and Portland city commissioner Mingus Mapps were there in opposition.

The debate was moderated by The Portland Mercury’s Alex Zielinski and The Oregonian’s Shane Kavanaugh. The event was co-sponsored by Portland Forward, Our Revolution, Common Cause Oregon and Honest Elections.

Melanie Billings-Yun and Candace Avalos both served on the 20-member Charter Commission that developed the proposal. Sol Mora is the campaign manager for Portland United for Change, a group advocating for passage of the measure.

Vadim Mozyrsky was one of three charter commission members who ultimately voted against referring the final proposal package to voters, and he is now campaigning against it as part of the group Partnership for Common Sense Government.

Mingus Mapps expressed reservations about the charter commission’s proposal and announced plans to release a draft alternative next month, with the intention of pushing for the city council to submit a new referendum next year if voters reject the measure on the ballot in November.

If passed, the charter reform proposal would switch Portland from its current commission-style government to one in which day-to-day city operations are run by a professional city manager who reports to the mayor, with the city council setting policy.

The council would be expanded to 12 members — no longer including the mayor — and the city would be divided into four geographic districts, each of which would elect three council members using ranked-choice voting.