“The Holy Rollers”: One of Oregon’s first cults 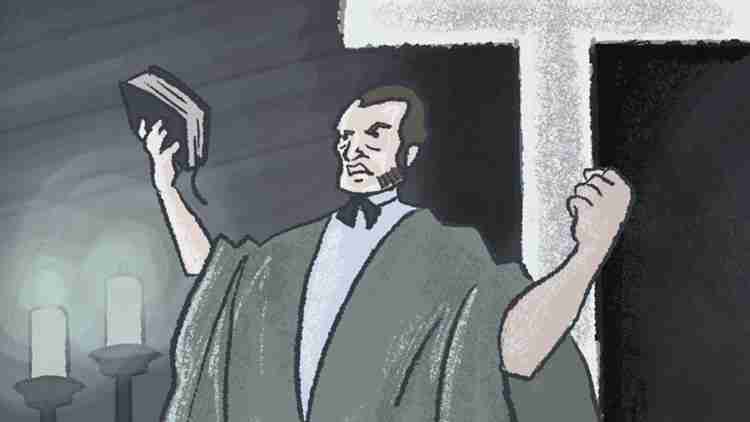 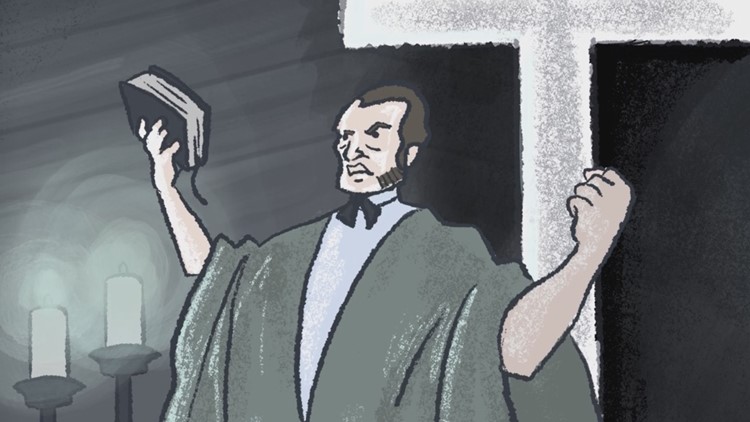 In the early 1900s, Edmund Creffield formed a congregation he called The Brides of Christ Church. It became one of the most notorious cults in Oregon history.

A man named Edmund Creffield started one of the first known cults in Oregon history in the early 1900s. The Brides of Christ was widely regarded as a cult in town, but dozens of women — many of them wealthy — abandoned their families to join it. Some even brought their children with them.

Franz Edmund Creffield grew up in Germany. He was said to have been highly educated and trained for priesthood. But some accused him of fleeing the country before he turned 20 years old to avoid serving in the army.

Creffield immigrated to Corvallis, Oregon in 1903 and worked for the Salvation Army. He quickly began to preach the word of God and evangelized the lost and less fortunate.

“The Salvation Army helps the downtrodden, but also spreads the word of Christianity. So he probably was down there … trying to help those in need,” said Kerry Tymchuk, the executive director of the Oregon Historical Society.

Creffield parted ways with the Salvation Army to form his own congregation. He claimed he was a messenger sent straight from God and that it was his religious duty to convert people to his radical form of Christianity.

He was charismatic, flash and charming, and his following slowly grew larger. Before long, he grew a following of several dozen parishioners who were mostly women of status — and financial means. Creffield began to preach on the road around Oregon.

“Many of his supporters, his congregation, were women of means who saw him as this exciting figure in their life,” said Tymchuk. “And they see him as Jesus. Some tell people that he is Jesus.”

With eager support from his followers, Creffield formed a church he called The Brides of Christ. He promised his followers that he could speak directly to God and that he and his “anointed ones” must prepare for the end of the world. Their church sermons devolved into unintelligible episodes of moaning, shouting and speaking in tongues. They convulsed on the ground for hours each day during prayer sessions.

Though they called themselves The Brides of Christ Church, people in town called them “The Holy Rollers.”

“He stages these elaborate services with chanting and singing and him preaching. And when he is doing the preaching, the congregation is rolling on the ground. They’re rolling back and forth in excitement and passion,” Tymchuk said.

Rumors swirled around about infidelity, adultery and immoral activity in the cult.

“And soon stories develop about Mr. Creffield being quite the lothario and taking liberties with many of the women in his congregation,” Tymchuk said.

That enraged the husbands, fathers and brothers of the women who joined the Brides of Christ. In the winter of 1904, some of them banded together and tarred and featured Edmund. He survived the attack.

“It does not scare him out of town. And it perhaps also motivates him,” Tymchuk said.

Creffield went on to marry one of his parishioners. He was also allegedly involved in a romantic relationship with her mother, and another woman in town too.

At the time, adultery was a crime and prosecutable by law, so law enforcement set out to arrest Creffield. He did his best to hide from police, but he was eventually found naked under the house of one of his followers. Creffield was convicted and spent about two years at the Oregon State Penitentiary. The Bridges of Christ began to fall apart during his absence.

After getting out of prison in 1906, Creffield tried to get his followers back together, which sent the community in an uproar. Concerned for his life, Creffield fled to Seattle with his wife. But an angry relative of one of his followers tracked him down and shot him dead.

The vigilante, George Mitchell, was the older brother of 16-year-old Esther Mitchell, who was rumored to be Creffield’s next bride. Mitchell went on trial for murder, but the jury wasn’t sympathetic to Creffield and Mitchell was acquitted.

A few days later, Mitchell himself was shot and killed by Esther. As punishment, she was placed in an asylum.

The Bridges of Christ Church was effectively over.

“This story just kept on going and going, and just mesmerized Seattle and Portland, Corvallis, so many places in the Northwest back then and has been written about. Written about by several scholarly journals. It’s just a story that has it all,” Tymchuk said.

This was the final episode for this season of Wicked West. Listen to past episodes on your favorite podcast apps including: Apple Podcasts, Spotify, Amazon Music and Stitcher.