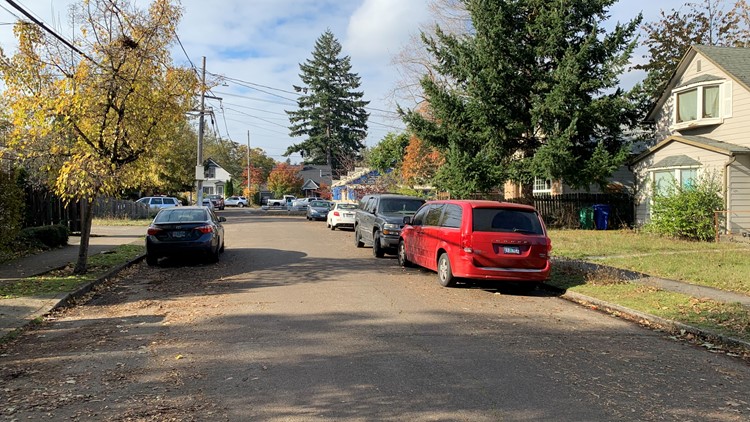 The shooting happened on Wednesday in broad daylight, right around the corner from Vestal Elementary School in the Montavilla neighborhood.

PORTLAND, Ore. — A 15-year-old girl was severely injured in a shooting in the Montavilla neighborhood of Northeast Portland and she is expected to recover.

The shooting happened late Wednesday afternoon near Northeast 80th Avenue and Couch Street, in an area where it’s more common to hear the sound of children playing at nearby Vestal Elementary School.

Ferrell and a co-worker rushed towards the gunfire. They were quickly overcome with shock.

“I saw the neighbor girl,” he said. “She was dropping to her knees. There was blood everywhere and she fell down.”

Rufus Edmonds, who also works in the area, said the shooting was a sign of the times and that it’s a relief to know the girl will survive. Police described her injuries as serious but not life-threatening.

“You always want to protect them, but this was broad daylight,” Edmonds said. “Who would’ve known?”

OTHER STORIES: Student killed in shooting at Ingraham High School in north Seattle

“You just need to be careful out there no matter where you go,” Ferrell said. “This world is crazy out here. Anything can happen at any time. You never know who you’re talking to.”

Ferrell said his heart breaks for the teen who was shot and injured just feet from his workplace. He said he hopes police can track down the shooter.

“She was a child,” Ferrell said. “Literally a child. It’s messed up.”