Supporting Mental Health in the Workplace Could Save a Life 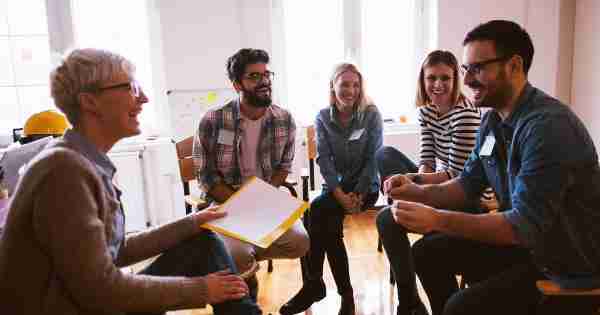 Discussing and providing mental health resources is necessary for all roofing and construction industry companies.

Although conversations about workplace safety are constantly being had in the construction industry, these discussions tend to be about physical safety rather than mental safety. That’s why in a recent episode of Coffee Conversations, we brought on three members of the roofing industry to discuss how they approach the subject of mental health in their respective companies.

Mandy McIntyre, owner of Level Up Consultants, became a certified mental health first aid instructor after seeing multiple instances of mental health issues at her previous job. She discusses the shocking statistics of the impact that mental health has on the construction industry and why these numbers should be at the forefront of everyone in the industry’s minds.

“More construction workers die from suicide and overdose every year than every other workplace fatality combined, which includes the OSHA fatal four,” Mandy says. “You can give them all the safety PPE that is required, but if their head isn’t in the game, they’re more likely to hurt themselves on the job, so it really is a safety initiative.”

Christee Holbrook, president and owner of Graham Roofing, also shared her perspective on what mental health issues she has seen in her own company. She says that since 2018, there have been three suicides as well as other crew members facing a mental health crisis. Since then, she has made providing mental health resources a priority within her company.

“When I first brought in counselors and started talking about mental health, it was silence and strange looks,” Christee says. “They’re getting more used to it, and they too are checking on other employees. I found out that one of my guys has had a rough time and the whole crew has been texting and making sure he’s okay if he’s not at work, which is what they all need.”

Watch the entire Coffee Conversations to learn more about starting mental health conversations in your workplace.

Stay up to date with the latest roofing industry news when you sign up for the RCS Week in Roofing eNews.

Evelyn works as a writer for RoofersCoffeeShop, MetalCoffeeShop and AskARoofer. When she isn’t writing about roofing, she’s either at the gym lifting weights or curled up on the couch watching a movie.