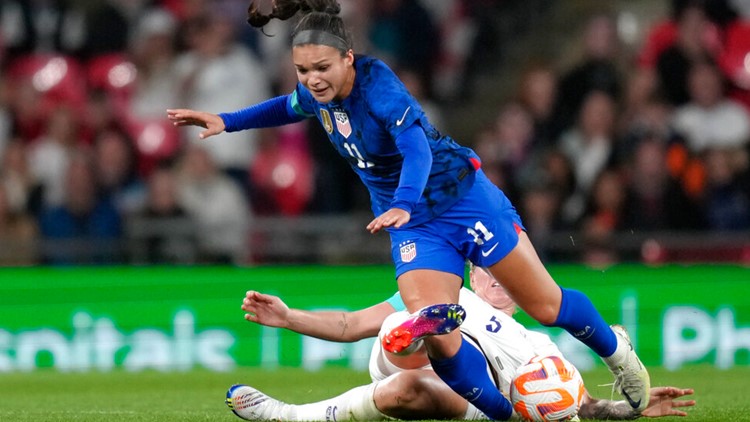 Smith had 14 goals in 18 matches for the Thorns, setting a team single-season record.

Smith had 14 goals in 18 matches for the Thorns, setting a team single-season record. She scored on all three of her penalty kick attempts and had four two-goal games.

The 22-year-old Smith, who also plays for the U.S. national team, is the youngest ever recipient of the award.

“I mean it’s surreal, it still really hasn’t hit me,” Smith said. “But it’s an honor because I know I was with great company who were up for that award and I think there’s so many other players in this league that can also win MVP.”

The Thorns play Saturday night against the Kansas City Current for the league championship at Audi Field in Washington, D.C. The championship game caps the league’s 10th season.

The NWSL also announced Thursday that Naomi Girma of the expansion San Diego Wave earned Rookie of the Year and Defender of the Year honors. Wave coach Casey Stoney was named Coach of the Year, Kailen Sheridan was named Goalkeeper of the Year. Wave forward Alex Morgan won the Golden Boot with 15 regular-season goals.

The winners of this season’s awards were determined by votes from fans, owners, general managers, coaches, players and the media.

OTHER STORIES: Timbers, Thorns CEO steps down in wake of investigation into alleged sexual abuse, misconduct