Shooting near the Lloyd Center leaves one person dead 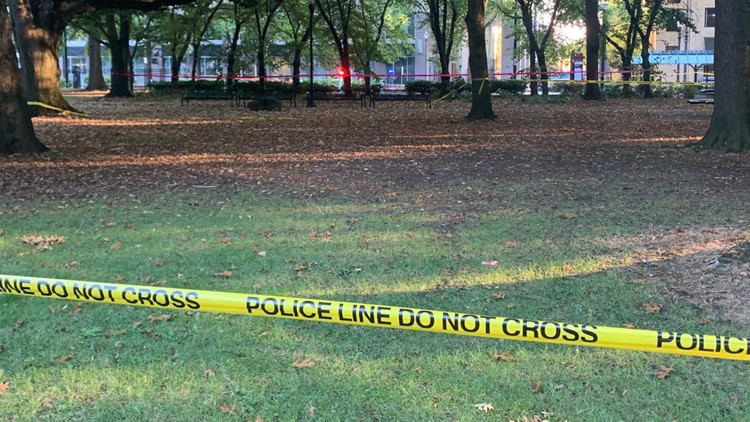 Police arrived and found one man had been shot near Holladay Park in Northeast Portland. No arrests have been made.

PORTLAND, Ore. — A man died in a shooting near the Lloyd Center in Northeast Portland Friday afternoon, according to Portland police.

The shooting happened near Holladay Park on Northeast Holladay Street just before 4:30 p.m. When police arrived, they found a person who had been shot. First responders took him to the hospital where he later died.

The suspect left the scene and no arrest have been made, police added.

Homicide detectives are investigating. MAX service in the area is disrupted while they investigate. Northeast 11th Avenue is closed between Northeast Multnomah Street and Northeast Holladay Street.

This is the second shooting to take place in the Lloyd District this month.

On Oct. 5 police descended on Northeast Grand Avenue after at least one deputy with Multnomah County Sheriff’s Office opened fire at a suspect. This incident was one of three separate crime scenes in the area.

The city of Portland has grappled with an ongoing increase in violence over the past few years. There were 88 homicides in Portland in 2021, up from 57 in 2020 and 36 in 2019, according to a police dashboard that tracks neighborhood crime statistics. Portland police reports there have been 72 homicides in the city this year, which puts Portland on pace to exceed last year’s number of homicides.

“It’s hard I’ll tell you,” Chief Chuck Lovell said. “For me just personally you’re watching people in your city die. You’re trying to solve that problem with the resources you have.”

OTHER STORIES: 16-Year-old boy arrested in connection to shooting near Reynolds High School