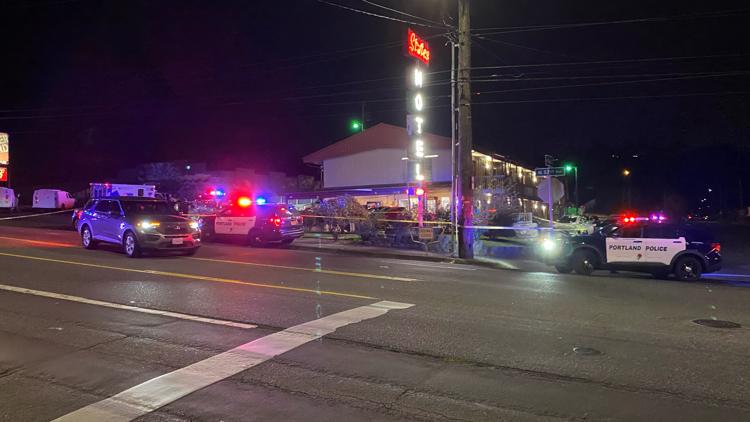 Portland Police responded to a shooting at the States Motel along Northeast 82nd Avenue on Tuesday evening that left one man dead.

PORTLAND, Ore. — One man died after a shooting in the parking lot of a Northeast Portland motel, according to Portland police.

When officers arrived just before 11 p.m., they found a man who had been shot. Medical teams tried to treat him, but he died on scene, police said.

Officers are working to identify who the man was. His name won’t be released until they confirm his identify and notify his family.

According to Portland police, there have been more than 900 shootings so far this year and more than 60 people have been killed. At this rate, Portland is on pace to surpass last year’s record of more than 1,000 shootings in a year. 2021 was Portland’s deadliest year in the city’s modern history.

Officers are asking the public’s help with any additional information in regard to this incident. Please contact Detective Eric McDaniel at Eric.McDaniel@portlandoregon.gov, 503-823-0833, or Detective William Winters at William.Winters@police.portlandoregon.gov 503-823-0466, and reference case number 22-273760.

This is a developing story and will be updated