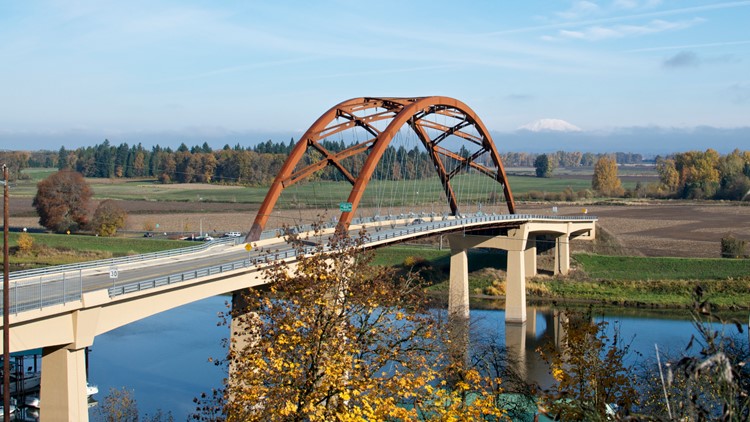 The new name has not yet been chosen, but supporters are pleased it will no longer represent the island’s history of colonization.

PORTLAND, Oregon — Multnomah County Board of Commissioners voted unanimously to approve a resolution to rename the Sauvie Island Bridge to honor the island’s Native American communities and history on Thursday.

The resolution was recommended by the Advisory Committee on Sustainability & Innovation (ACSI).

Chinook Indians were the first people to live on the island. White explorers arrived in the early 1800’s. Around 1829, the Native population suffered from multiple deadly outbreaks including smallpox and within two years they were nearly extinct, according to historians.

Not long after that, the Hudson Bay Company sent a French Canadian named Laurent Sauvé to the island to start a dairy. His name stuck on both the island and in later years — the bridge.

“This island and this bridge are both named after a colonizer that did not respect the land or the people,” said Lukas “Red Spike Elk” Angus, an ACSI member and Nez Perce tribal member. “I would say that upholding that name is similar to [honoring] Christopher Columbus.”

“I think it sounds like a fabulous opportunity to bring awareness and bring connection to that part of the history of the island,” said Dawn Cowan the dean of students at Sauvie Island School. “To think on a daily basis of the inhabitants of the island, the Native American inhabitants and just provoke questions.”