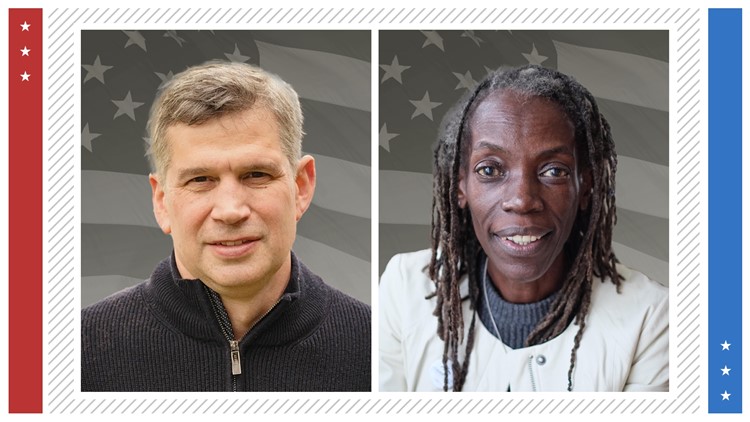 Initial returns showed Gonzalez with a roughly 13-point lead over Hardesty in the one Portland City Council race on the ballot.

The first round of results showed Gonzalez leading with 56.4% to Hardesty’s 43.3%. The initial results are not final and will continue to be updated as more votes are tallied.

Gonzalez and Hardesty were the top two finishers in the May primary election, setting up a November runoff after Hardesty fell short of the 50% threshold to win outright. The winner of the runoff will serve a four-year term starting in January.

The mailer also suggested that Gonzalez violated campaign finance rules, referencing a $77,000 fine that the city’s elections office leveled against his campaign for securing a heavily discounted lease on its downtown office from developer Jordan Schnitzer, a Gonzalez supporter.

Gonzalez appealed the penalty and a judge subsequently threw out the fine, ruling that the city had not shown that the discount was a campaign finance violation under the rules of its small donor elections program.

Hardesty called the cease and desist letter a campaign stunt and a distraction.

Hardesty was first elected in 2018 and is running for a second term. Gonzalez was one of 10 challengers who ran against her in the primary. He narrowly defeated another prominent challenger, Vadim Mozyrsky, to come in second. Mozyrsky later endorsed Gonzalez, according to Willamette Week.

The runoff is the only Portland City Council race on the November ballot. Incumbent Commissioner Dan Ryan’s seat was on the May primary ballot, but he got more than 50% of the vote, securing him another term without a runoff.

Mayor Ted Wheeler and the other two incumbent commissioners, Mingus Mapps and Carmen Rubio, were all elected to their current terms in 2020 and their seats will not be on the ballot again until 2024.