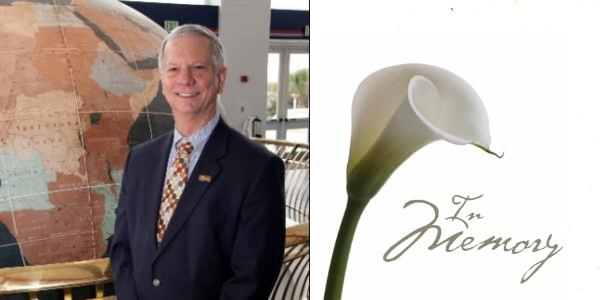 It is with great sadness that we share the loss of Robert “Bruce” McCrory, former president of the NRCA.

Robert “Bruce” McCrory, 72, of Mobile, Alabama, passed away unexpectedly on Wednesday, November 30. Bruce was a graduate of Murphy High School. He attended the University of Mississippi and graduated from the University of South Alabama. He was the co-founder and secretary/treasurer of Kiker Corporation, a roofing and sheet metal company based in Mobile, and he was serving as technical director for Nations Roof.

An active member of the National Roofing Contractors Association, Bruce served on numerous committees, the executive board, and as chairman of the board in 2015. He was awarded the J.A. Piper Award, the association’s highest honor, for his outstanding service to NRCA and the roofing industry in 2017. He was a dedicated member of the Subcontractors Association of Alabama (SubAla), serving on the board of directors, as the 2010-2011 president, and on the board of trustees. He received the Chisenhall Award for Outstanding Service in 2011.

He was an avid supporter of his alma mater, the University of South Alabama, and was a past president and life member of the National Alumni Association. Throughout the years, he served in many other roles for the University, including the Mitchell College of Business Executive Advisory Council, the Mitchell Learning Resource Center Steering Committee and Campaign USA Leadership Team. He was recognized by the school in 2008 with the Distinguished Alumni Award.

Bruce truly enjoyed serving others and his community. He was a devoted member of Christ United Methodist Church, where he served in many different leadership roles since joining in 1986. He worked with many local organizations including the Family Counseling Center, Better Business Bureau, Habitat for Humanity, USA Wesley Foundation, Preschool for the Sensory Impaired and Mobile Big Game Fishing Club. He greatly enjoyed running in his younger years and used his passion for the sport to raise funds for the Leukemia and Lymphoma Society through their Team in Training Program, completing four marathons as a team member and coach.

He had served as a volunteer Public Information Officer for the Mobile County Emergency Management Agency since 1977 and received the Director’s Award for his service from former FEMA Director General Julius Becton, Jr. in 1986. Additionally, he was a finalist for the State of Alabama’s Governor’s Award in 1991. Bruce had many hobbies and passions. He greatly enjoyed traveling throughout the United States and internationally. He was an avid supporter of USA sports and attended hundreds, if not thousands, of basketball, baseball, football and volleyball games. He was a ham radio operator and regularly communicated with other operators throughout the country. He was well known for his passion for fixing things (or trying to) in his “laboratory.” Those who knew him best know that he was rarely without his signature cigar, could have survived on bacon alone and obsessively blew the leaves from the driveway at his home.

He was preceded in death by his parents, William Kiker and Thelma Covington McCrory; his brother, William Donald “Don” McCrory; and his cherished dog, Maddy, who was surely waiting for him at the Rainbow Bridge. He is survived by his beloved family – wife of 47 years, Patricia “Pat” Burch McCrory; daughter Mary Lee McCrory Gay (Charles); grandchildren Alden Camille and Shepard “Shep” McCrory Gay; sister-in-law Sandra McCrory; nieces Courtney Burch, Paige Harvill, and Melissa Rayborn; nephew Alex Burch – and other relatives and friends too numerous to count.

Bruce’s family would like to extend special thanks to Paige Harvill, Nations Roof, his NRCA family, the “Lunch Bunch,” his supper club of 40 years, his Sunday School class, the Christ United Methodist Church staff, friends and neighbors for the incredible amount of love and support they have shown during this difficult time. The family will receive visitors Wednesday, December 7 at Christ United Methodist Church, 6101 Grelot Road, at 1 p.m. A memorial service will follow at 2 p.m. In lieu of flowers, donations may be made to the Bruce and Patricia McCrory Endowed Scholarship at the University of South Alabama (giving.southalabama.edu/mccrory or by mail at 650 Clinic Dr., TRP III, Suite 1500, Mobile, AL, 36688).