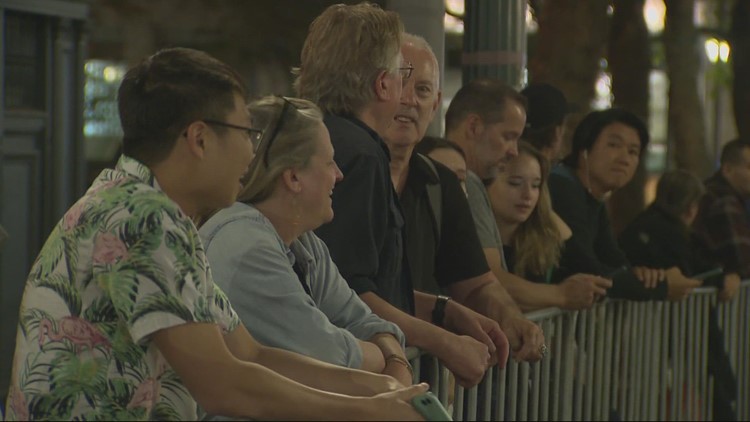 President Biden is in Portland for the weekend to campaign ahead of midterms and dozens of people stood behind police blockades in downtown to get a glimpse.

Dozens of people stood behind police blockades — hoping to see the commander-in-chief.

“It’s really kind of a once-in-a-lifetime opportunity so I just decided to come down and see him,” said Charles Hamby. “Even if it’s just a chance to see the motorcade or just a glimpse.”

Portland police and Secret Service agents closed streets at several points around the hotel to automobile, foot and TriMet traffic.

RELATED: President Biden arrives in Portland to campaign for Tina Kotek for governor

For so many who gathered behind the security blockades, it was an exciting sight to see. Phoebe Diaz brought her 4-year-old daughter to watch the activity.

“I’ve shared with her that it’s just really neat to see the motorcade come through and if we could catch a glimpse of the president that would be exciting,” said Diaz. “I’ve seen a few other presidents in my lifetime.”

A lot of people near the president’s hotel were visiting Portland on vacation, unaware that they’d be staying just blocks away from the commander-in-chief.

“We’re just excited that he’s here,” said Nancy Branham. “And no matter what they say, he’s the best president we could have right now.”

RELATED: What does President Biden’s visit say about Tina Kotek’s campaign for governor?