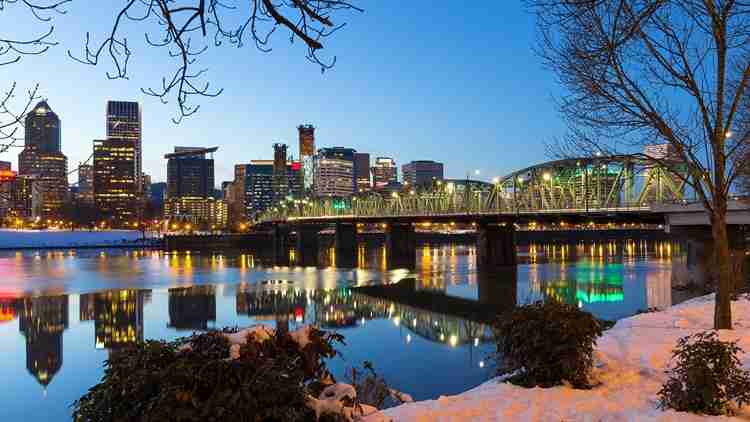 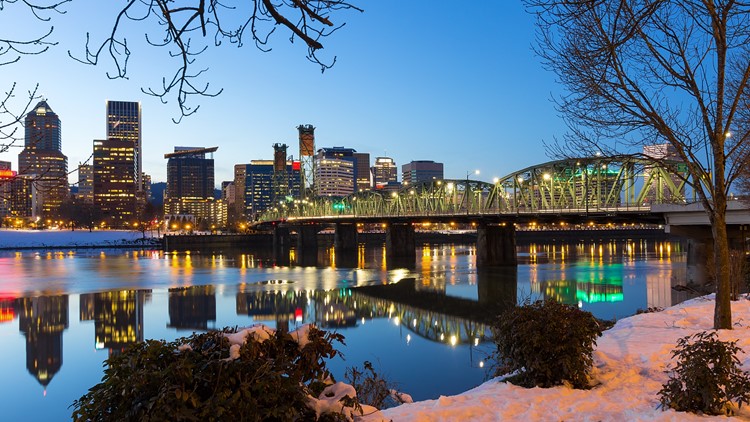 An increased chance of a wintry mix late Saturday night and possible snow showers Sunday morning. The west hills could see up to 1 to 2 inches of snow.

PORTLAND, Ore. — An area of low pressure off the northern California coast is making its way up north, potentially bringing a wintry mix to the Portland metro area late Saturday night and into Sunday morning, according to KGW meteorologist Joe Raineri.

The temperature at Portland International Airport is forecasted to drop close to freezing after midnight Saturday, according to the National Weather Service.

Temperatures during the day Sunday will be between the low to mid 30s, with some snow showers expected throughout the morning, Raineri said. Gusty winds are expected early Sunday morning but are expected to die down later in the day.

Higher elevations, including the west hills, could see up to 1-2 inches of snow, but Raineri said it should turn into rain showers by late Sunday afternoon.

It’s a #bluebird day up in the #Cascades today, but by the end of tomorrow there could be up to 6″ of snow possible. The valley could even get a dusting in a few locations. We’ll transition to rain by the afternoon. #kgw #kgwweather #orwx #December #pacnw pic.twitter.com/BlwlA3hxeu

Up in the Cascades, there could be 4 to 6 inches of snow, Raineri said. Some parts of the Columbia River Gorge are forecasted to see some freezing rain, which can bring slick roads. Raineri points out that Interstate 84 could be slick at times throughout Sunday, especially in the east end of the Gorge.

A winter weather advisory will be in effect for the eastside of the Gorge through Sunday night.

You can check current traffic conditions on the Oregon Department of Transportation’s TripCheck map.

Drier conditions are expected Monday with a chance for showers to return by Tuesday.