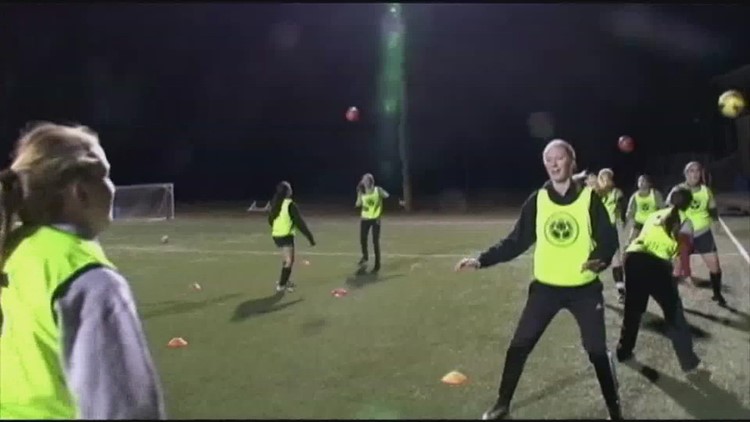 They found it incredibly difficult to read the allegations made by the two former Thorns players, but thank them for their bravery in speaking their truth.

PORTLAND, Ore. — Portland youth soccer programs are speaking out in wake of the recent report of an investigation into the sexual and emotional abuse allegations in the National Women’s Soccer League (NWSL).

The Portland Thorns are one of the teams at the center of the investigation report released on Monday.

Former Attorney General Sally Q. Yates found that “abuse in the NWSL is rooted in a deeper culture in women’s soccer, beginning in youth leagues.”

“As a parent, I look at my daughter and I say ‘what is going to happen? How am I going to protect her from something like this happening in the future? ’ — It could happen as a youth.”

Boxx is a three time Olympic gold medalists and a world cup winner for Team USA. She now lives in Portland where she oversees the women-led Bridge City Soccer Academy.

Having played soccer as a kid, collegiately and professionally — she’s not surprised by the investigation finding but hopes to be part of the change that needs to be made.

“You know this is part of why we started Bridge City Soccer,” said Boxx.

Rochelle Hearns the executive director/director of coaching at Bridge City Soccer helps oversee the academy alongside Boxx and said they are trying to find ways to speak with their players about this difficult but necessary conversation.

“You’re trying to figure out the right way speak to a seven-year-old about these things that they really don’t understand,” said Hearns. “So [we’re] hopefully making them more aware of it now, but also creating safe environments and then being a voice in the public being a voice in the communities and helping be part of the change.”

RELATED: Portland Thorns owner says he and implicated execs will step back amid investigation

KGW’s Daisy Caballero also checked in with the Oregon Youth Soccer Association (OYSA) which oversees over 50,000 youth players in Oregon.

“I am happy that we’ve had this investigation because now it has come out in the open,” said Steve Baker, OYSA board president. “It’s not just multiple groups pressuring. It’s something coming from the USSF.”

OYSA is the largest single youth organization in the state.

Having adopted SafeSport — a nonprofit organization created to protect young victims from sexual abuse at the federal level back in 2017 — was something they take seriously, according to Baker.

“It’s designed to make sure that we are more cognizant of what’s going on,” said Baker. “On the field [and] off the field with coaches and adults in all levels of the game.”

But they thank them for their bravery in speaking their truth.

“A year ago to the day, we had some amazing women who were strong enough and brave enough to speak about what happened to them,” said Boxx. “And, this obviously would not have come to light without it and that’s the unfortunate piece. It shouldn’t have had to come to a third-party investigation to have this come out.”

Hearns and Boxx tell KGW they’re empowering their girls to read the signs of abuse and speak up as soon as something comes up. But they’re both hopeful their girls will never have to go through any form of abuse in their future soccer careers.