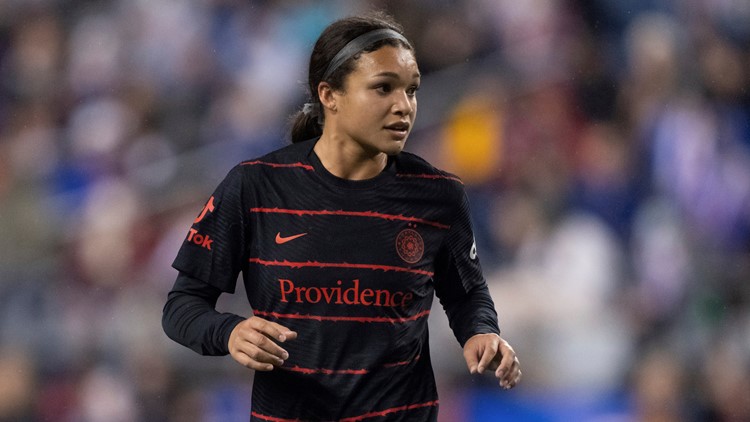 The Thorns will be playing for their third National Women’s Soccer League championship. They won in 2013 and 2017.

PORTLAND, Ore. — The Portland Thorns will face the Kansas City Current on a neutral field Saturday for the National Women’s Soccer League (NWSL) championship. The title match will be played at Audi Field in Washington, D.C. on Saturday at 5 p.m. on CBS.

The Thorns (10 wins, 9 draws, 3 losses) had the second-best record in the league this season and boast the league MVP in Sophia Smith. The 22-year-old forward scored 14 goals in 18 matches for the Thorns, a single-season record for the squad.

It’s been a turbulent and emotionally taxing season for the Thorns and the NWSL with continuing fallout over an investigation that found systemic misconduct and abuse across the league.

The report detailed the Thorns’ handling of harassment and sexual coercion allegations leveled at former coach Paul Riley, who coached Portland in 2014-15. Two former players, Mana Shim and Sinead Farrelly, accused Riley of misconduct last year in a report in The Athletic.

There have been calls for Paulson to sell the team, but at last Saturday’s semifinal match at Providence Park, an announced crowd of 22,300 showed up in full support of the players.

The Associated Press contributed to this report.