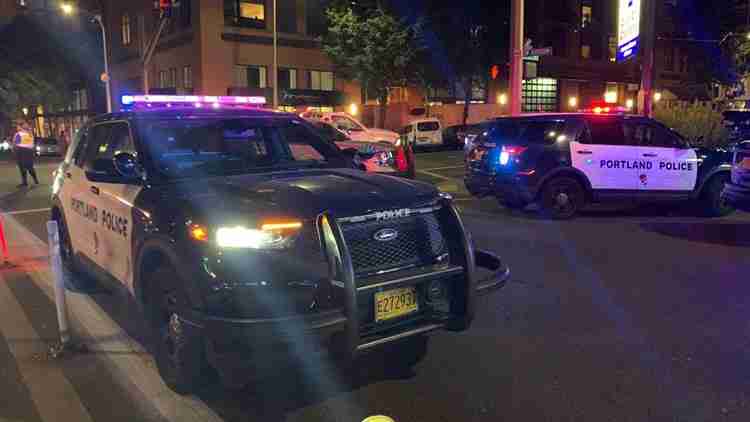 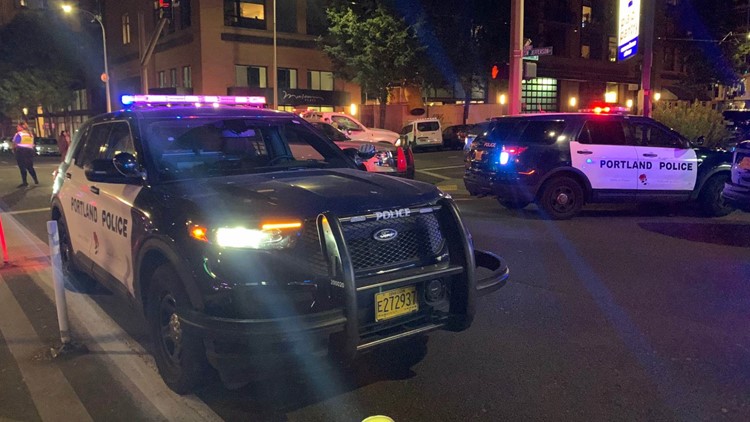 The Portland Police Bureau said that the FBI was investigating “credible security threats” related to doxing of officers beginning in July of this year.

PORTLAND, Ore. — Since July of this year, the Portland Police Bureau has withheld the names of officers who used deadly force within the city. On Friday, the agency finally released those names and announced a new policy to govern the future release of that information, “absent a credible security threat.”

There have been nine shootings involving Portland police this year, the most since the agency began posting this data in 2010.

According to the statement from the bureau, it began withholding names in July after credible security threats came to light related to the doxing of officers. That prompted an FBI investigation into the threats, and the federal agency “requested PPB temporarily hold any release of officer names.”

While Portland police did not detail the precise timeline, it said that the FBI later notified them that the investigation had concluded. The agency did not reveal any further information about the threats under investigation.

In Friday’s release, PPB released the names of nine officers involved in five separate incidents of the use of deadly force since they began withholding that information in July.

The July 27 shooting was preceded by another just three days earlier in which officers shot and killed Johnathan A. Worth, 19, during a struggle. In this case, PPB identified the officer who fired as Mina Cavalli-Singer, a nearly 5-year veteran of the agency.

Two days after that deadly shooting, on July 26, a Portland police officer opened fire at a man they believed was involved in an earlier shooting. PPB said at the time that the man used a truck to ram two police cruisers and nearly struck an officer, who fired in response.

PPB never publicly identified the suspect and did not know at the time if he had been injured. The officer who fired was identified as Kyle Roush, a 5-year veteran of the agency.

One or both of these cases seem to have precipitated the doxing concerns and investigation that followed. According to PPB’s Open Data site, both cases remain under investigation.

Along with the release of those details Friday, the bureau announced that it would begin enacting a new procedure for the release of officer names following an incident involving the use of deadly force, as well as in-custody deaths. The new policy states that the identities of PPB staff will be released within 15 days, “absent a credible security threat.”

Previously, names were released within 24 hours.

The agency said that PPB Chief Chuck Lovell will be issuing an executive order to outline the new procedure. The bureau said that this change was made in consultation with the city attorney’s office and the U.S. Department of Justice.

“This new procedure strikes the right balance between transparency and the security concerns of our PPB members, and I am grateful for the patience of our community as we carefully considered this policy change,” said Lovell. “No matter the circumstances, a police use of deadly force incident has wide-reaching impact on the community member involved, that person’s family and friends, the wider community, and of course the PPB membership. We owe it to everyone to enact a fair policy that considers them all. I believe this policy change is reasonable and responsible.”

Where most law enforcement agencies in Oregon have neighboring agencies take the lead in investigating police shootings, PPB investigates its own deadly force incidents in a lengthy “internal review” process, where they look at the initial response, resources requested, tactics used and post-shooting actions. This happens alongside a Multnomah County DA’s office investigation which is presented to a grand jury.

The agency said that all of the incidents listed on Friday remain under internal review. At the end of that process, each case goes before the Police Review Board, which includes community members, PPB members and representatives from the Independent Police Review Division.