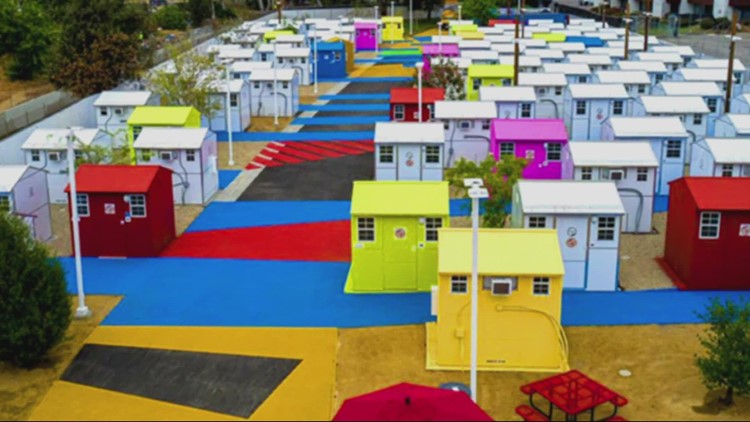 PORTLAND, Ore. — Roughly a month after adopting Mayor Ted Wheeler’s sweeping, five-part plan to address homelessness in Portland, the city council is expected revisit the topic this week to tackle the first big issue: how to pay for it.

The plan calls for a ban on unsanctioned camping that would be phased in over 18 months while the city builds six large-scale sanctioned campsites. Residents will have access to food, case managers and mental health and substance abuse treatment, and there will be on-site and perimeter security.

“The magnitude and the depth of the homeless crisis in our city is nothing short of a humanitarian catastrophe,” Wheeler said in October when he unveiled the plan. “There’s no issue more critical to Portlanders right now than addressing homelessness.”

The discussion about how to rearrange funds and where to get the extra money for the plan will factor heavily into this week’s fall Budget Monitoring Process, a twice-annual update to the city budget.

Wheeler proposed several changes to the budget earlier this month to free up homeless plan funding, including more than $4 million as down payment to build the large camping sites, $750,000 for private security in the surrounding neighborhoods and more than $12 million to run the sites.

“This package allocates approximately $30 million to the commitments council made on Nov. 3 when we passed the affordable housing and homelessness resolution package,” Wheeler said at a Nov. 17 council meeting.

The council voted on amendments to the proposed budget at that meeting, and the final vote to adopt the revised budget is scheduled for Wednesday.

“These allocations are a down payment on that work and they demonstrate the city’s commitment to clearing the path for accelerated production of affordable housing and better connecting homeless individuals to services, employment and diversion programs,” Wheeler said.

Funding for the plan is expected to come in part from extra money set aside from the American Rescue Plan, plus taking $8 million from the total that the city typically gives to Multnomah County’s Joint Office of Homeless Services each year.

The council also plans to take an additional $7 million from its Joint Office of Homeless Services allocation unless the Multnomah County Commission approves spending at least $15 million for eviction protection. The county is planning to vote on that issue in December.

If the county does not approve that additional funding, Portland is planning to take the additional $7 million and put it towards rental assistance and legal eviction defense in the city.

“It’s going to take commitment from all of us to do the hard work that lies ahead,” Wheeler said.

Another big unanswered question is where these sites will be located. During adoption of the plan, the council agreed that the sites would need to be dispersed throughout the city and located near public transit, but also distanced from residential areas, business districts and schools.

KGW talked with Portlanders last week about where to put the sites, and many people said they would welcome one of the camps in their neighborhood. The city has not set a date to announce site locations, but has meeting with neighborhood and business associations to discuss the issue.