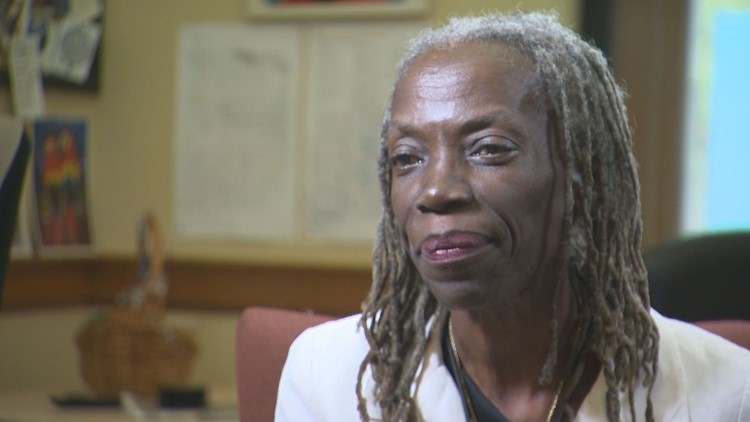 KGW is sitting down with both Portland city council candidates to hear their stance on the city’s homeless crisis.

PORTLAND, Ore. — With six days left until Election Day, KGW is sitting down with each candidate for the Portland city council race to hear their stance on the homeless and housing crisis. Recent polls show that this is a top issue for Portland voters this election.

Click here to find the interview with Rene Gonzalez.

Here is the interview between KGW reporter Blair Best and Jo Ann Hardesty, lightly edited for length and clarity.

A couple of Hardesty’s answers have been summarized or appended with additional context, and those sections are noted in italics.

The full interview can also be viewed below:

Best: How would you describe the state of Portland’s streets?

Hardesty: What we see on our streets is misery … and my biggest fear is that it’s only going to get worse in January.

Commissioner Hardesty believes the city needs to think bigger in how it responds to this crisis.

Best: Portlanders across the board believe there needs to be change in how the city addresses homelessness. What in your eyes isn’t working with how the city responds, what would you do differently and why haven’t you done it already?

Hardesty: Well let me just say, I’ve never had the housing bureau in my portfolio. I don’t supervise the Joint Office of Houseless Services, but what I think should happen differently — because of my leadership commissioner Dan Ryan is in a place to renegotiate the intergovernmental agreement with the next Multnomah County chairperson. If I was queen of the universe for a day and had housing, I would immediately after the November elections convene a meeting with the next governor, the next county chair and our federal delegation and I would actually create a work group and say ‘How are we going to address this issue’ … One thing we could do right now right after the election is to have a special session or call a meeting at the emergency board and allocate one billion dollars statewide to housing people could actually afford to live in.

Best: When it comes to Mayor Wheeler’s plan to build three large homeless campuses over an 18-month period and ban unsanctioned camping, you said you were disappointed with the lack of details and funding and that it needs to be more urgent. Can you explain your stance on this and what do you propose they do differently?

Hardesty: Well, the mayor wants to take 18 months to develop a plan to get funding and to launch the first ‘whatever’ he’s calling those camps. If there’s a sense of urgency and again, what’s come in front of us has no dollars attached to it, no plan to how we accomplish it, no sites already pre-selected — so if there’s this real sense of urgency and this isn’t just a political stunt, we should have much more detail and we should be on a much faster track.

Best: You often say that housing the homeless in vacant buildings could be a potential solution but many of those neighbors may fear that drug use and violence will then come into the area.

Hardesty: Well, I think they’re saying that now with people camped all over the city. I’m kind of appalled that our first priority would be massive outdoor camps when we have so many empty buildings all over the city.

Best: One of the amendments that you’re suggesting is having the three large camping sites spread across the city, not in just one targeted neighborhood. Do you have any examples of where those could be?

Hardesty: Let me just say that I am not supporting 500 person camps anywhere. What I know is that normally 40-60 people should be the maximum … I think the mayor would find it impossible to find a place where the community would welcome 500 houseless people living together willy nilly.

Best: What’s your response to the homeless who choose to stay in their tents and don’t want to go into a campus or safe rest village or shelter?

Hardesty: Let me just say there are many reasons why people say ‘no thank you.’ The number one reason is because most of these shelter beds that are offered are offered for one night. And it’s 6 a.m. the next morning, guess what? You’re still houseless so we have actually not solved the problem at all.

Hardesty goes on to explain how the average Portlander can’t afford a home at the market rate.

Best: You say “In your 3 years on council, you have championed the highly effective Portland Street Response that reduces the workload on the Police Bureau,” however those workers are inundated with calls. In fact, in October they received the most calls in their history, and while they are hiring at a rapid pace, they sometimes can’t keep up and ultimately end up sending calls back to the police department.

She said she’d work system wide to expand Portland Street Response to continue to address the addiction and mental health crisis on our streets.

Best: Your opponent in this race calls you the most radical member of city council on these issues and at times the most passive when respect to addressing unsheltered camps.

Hardesty: Not quite sure what my opponent means by that. I’m really clear about my role and my role of making sure that we’re taking care of the people in the city of Portland and that’s why I’ve been focused on trying to remove barriers so that people can live their best lives.

Best: How will you ensure that your ideas and your plans are actually put into action and don’t just remain conceptual?

Hardesty: Well as I’ve shown I can go from a thought, an idea, a vision to actually passing law then having it implemented. I’ve shown that with Portland Street Response I’m showing it with the new police oversight board…so I’ve shown that I know how systems work, I know how to pass laws and then I know how to implement them and how to bring the right stakeholders together so that we come up with good solutions.

Best: If homelessness is someone’s number one concern, why should they vote for you?

Hardesty: If homelessness is their number one concern, they should vote for me because I’m the only candidate that understands the economic cliff that workers are experiencing. I know what people are seeing that are fortunate enough to have homes is but for grace but for a paycheck but for a lost job their go I. So someone who understands what it’s like to be a working person, someone who understands how systems work … I know we need all of them in order to address our crisis on the streets which is houselessness.