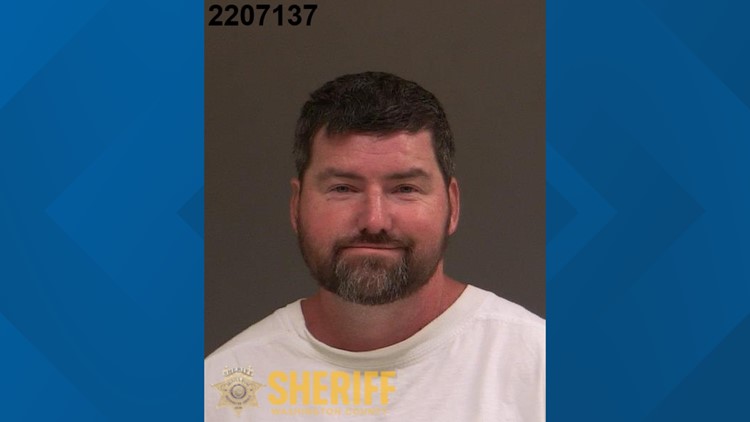 Damien Karp of Beaverton, who was already a registered sex offender, was arrested this summer and faces 10 charges of sex abuse with multiple underage victims.

BEAVERTON, Ore. — Beaverton police believe a man arrested this summer and charged with multiple counts of sexual abuse involving minors may have had additional victims, and are asking the public for any additional information.

Damien Karp, 47, was arrested July 16 after employees at VillaSport at 13900 Southwest Meridian Street in Beaverton called police to report that Karp, a gym member, had been caught engaging in an inappropriate interaction with a child in an outdoor hot tub.

Karp was a registered sex offender and was on probation at the time according to a news release from the Beaverton Police Department (BPD). He was arrested for violating the terms of his probation, which included no contact with minor children, and booked in Washington County jail.

Police subsequently investigated with assistance from VillaSport staff and determined that Karp had inappropriately touched multiple underage victims at the gym in June and July 2022, and that he used a waterproof camera to film his crimes against minors while they were swimming.

Karp was indicted by a Washington County Grand Jury on Aug. 30 for 10 counts of first-degree sex abuse and two counts of second-degree invasion of personal privacy. He is still at the Washington County jail and has remained there since his initial arrest, police said.

Detectives also learned that Karp was a member of the Tualatin Hills Park and Recreation District, and police believe he may have attended the swimming pool at the main complex at 15707 Southwest Walker Road at some point in April 2021.

Based on the nature of his crimes, Karp likely has more victims, BPD detective Chad Opitz said in the news release.