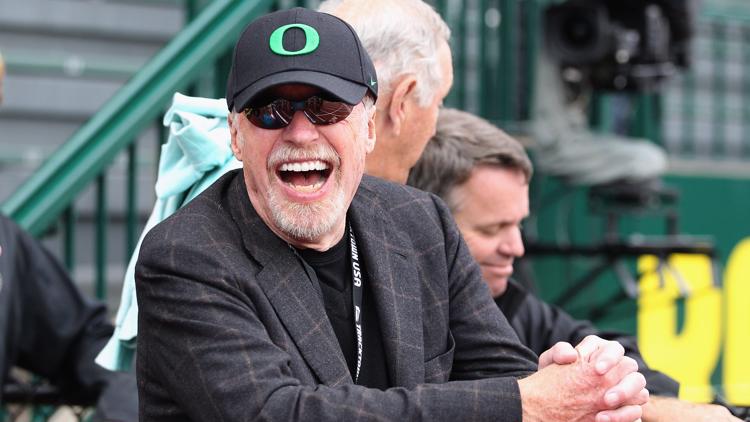 With a month to go before the November election, Nike’s co-founder donated $1 million to Christine Drazan after previously donating millions to Betsy Johnson.

With the November election a month away, polls are showing Drazan is neck and neck with Democrat Tina Kotek, while unaffiliated candidate Betsy Johnson is trailing in third place.

But experts told KGW they are not surprised about Knight’s donation.

Republican political strategist Rebecca Tweed said Knight’s money, first to Johnson and now to Drazan, is more of a “no” vote than anything else.

It’s looking like the final leg of this race is going to be a barn burner. The ads are already everywhere, and all three candidates have millions to spend in the final month of Oregon’s most expensive governor’s race ever.

“Each candidate has brought in $13, 14, 16.5 million. We’re just getting started. I know people are tired of seeing ads, but sit down and get ready for it,” said Tweed.

“As soon as he sees some polls that say ‘wait a minute, there’s a chance that Drazan could win,’ he’s saying well maybe my money could make the difference to push her over the top,” said Bergstein.

All three candidates were in Medford for a debate Thursday night, and clearly there is no love lost between Johnson and Kotek. And Johnson is not giving up.

“Every chance she had, she took a swipe at Tina Kotek. And so it’s very clear that her campaign thinks that her vote is nesting inside a potential Kotek vote,” said Bergstein.

Bergstein and Tweed may come from different camps but see many of the same things in this historic, three-woman race that is far from over.

“This is not a normal election. We’re having fun watching it because we have three original candidates for governor and a lot of interesting twists and turns in the race already,” said Bergstein.

“Oh I love it, I love this governor’s race so much; I am so proud of Oregon for putting forward three fantastic candidates. I think it will continue to be extremely competitive,” said Tweed.