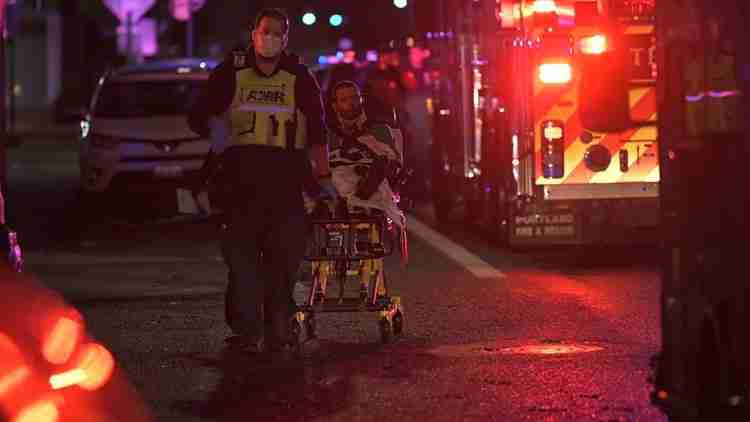 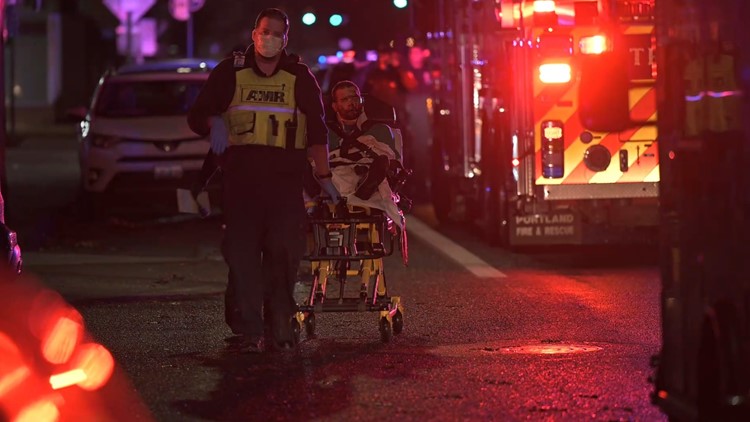 When officers arrived to an armed robbery at a Northeast Portland sports bar, people had already stopped it by pinning the suspect to the ground.

PORTLAND, Ore. — It’s hard to find a local business along Northeast Sandy Boulevard in the Parkrose neighborhood that hasn’t been impacted by theft or violence. It’s all part of a typical day at work for Alexis Carrillo, who manages Sandy Smoke Shop.

“There’s a lot of people coming to the store with knives and bats and stuff. I got to kick them out of the store while I’m here and who knows what happens when I’m not here at night,” Carrillo said.

It’s a valid concern, seeing as a would-be robber targeted Be Van Sports Bar across the street early Saturday morning just after 12:30 a.m.

Portland police said they responded to a reported robbery with a gun in the 10800 block of Northeast Sandy Boulevard at that time. When officers arrived, people had already stopped the robbery and pinned the suspect to the ground.

“I was shocked, but it’s not surprising,” said Carrillo. “They did what they had to do, you know — good thing there was people there to do that.”

It wasn’t immediately clear who subdued the would-be robber, whether they were patrons or staff at the sports bar.

Police arrested the suspect and took him to a nearby hospital, with a police spokesman saying that the suspect “clearly needed medical attention.”

Local business owners told KGW they are on high alert for crimes like these and store weapons behind the counter, keeping a close eye out for each other by sharing security camera footage.

“Yeah, that’s kind of how we roll,” said Carrillo. “It’s a little scary ’cause you never know what could happen — you just got to deal with it.”

At last check on Sunday, the suspect in the Be Van robbery attempt was still in the hospital and in police custody, facing a second-degree robbery charge.