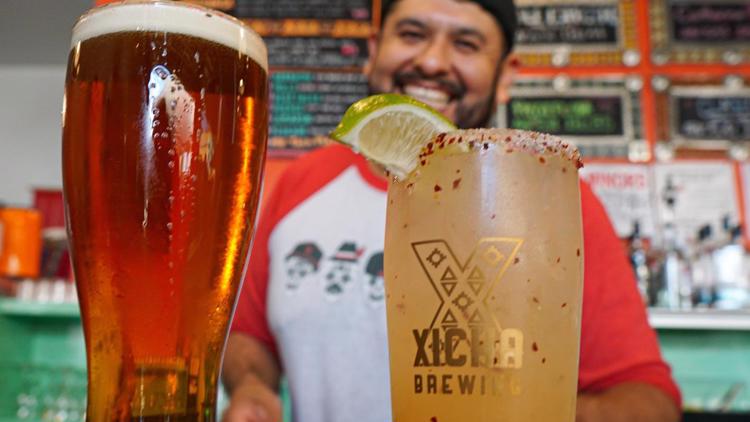 SALEM, Ore. — The recipe for success at Xicha Brewing in West Salem is simple

Chef and co-owner Ricardo Antunez says, it’s all in what they bring to the table. “Kinda bringing a little flavor to the whole scene,” he said “just wanted to make beers that were culturally diverse.”

Some of the backgrounds of the owners at the brewery include New Mexico, Ecuador, Salem and different parts of Mexico

“We’re vibrant, we’re loud, we like to party and as Latinos we like good food and good beer,” said Co-owner, Margarita Antunez. They brew their own beer with rotating offerings on the menu.

“We are inspired by the kind of flavor combinations you would see in Mexican candy, or Mexican culture in general,” said Ricardo Antunez, “a lot spice a lot of heat but not too much to overpower any beer.” The brewery also whips up flavorful dishes from tacos to ceviche.

“We’re not a super authentic Mexican restaurant by any means, we’re not super central American by any means,” said Ricardo Antunez, ” but we’re kind of this combination of this beautiful marriage of the northwest and just some really cool cultures we feel strongly about that has some really beautiful robust flavors.”

A simple blend of different flavors and cultures to create the perfect recipe for success. “It’s about food, drinks, and culture really, it’s who we are,” said Margarita Antunez.

Xicha Brewing Company has been in the west Salem location since 2017. They’re now gearing up to open their second location in Eugene by the end of the month.