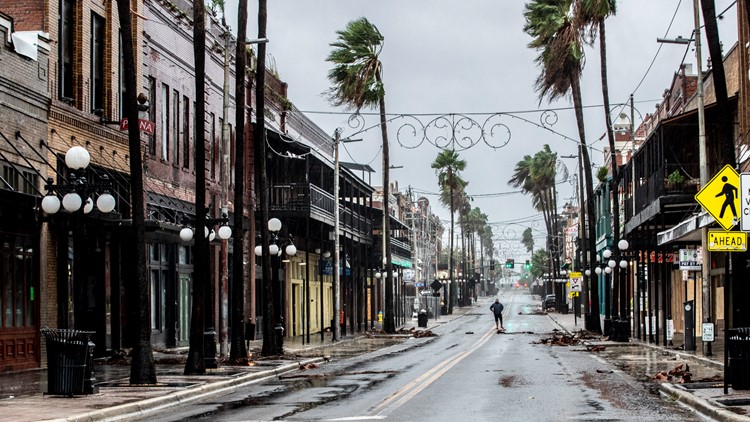 The Oregon State Fire Marshal’s Office and the local chapter of the Red Cross are sending people to Florida to assist people affected by the hurricane.

PORTLAND, Ore. — The early images of Hurricane Ian slamming into the coast of southwest Florida on Wednesday is concerning even to those familiar with disasters.

“We are certainly keeping tabs on it,” Alison Green of the Oregon State Fire Marshal’s Office (OSFM) said. “It’s definitely a widespread impact.”

The agency is sending 13 people from its incident management team (IMT) to Florida, said Green.

“We are lucky and fortunate we have folks who have done this before,” Green said. “This isn’t our first deployment to support a hurricane.”

They’ll be responding to Tallahassee, Florida to receive further orders as far as the response to Hurricane Ian, according to Brett Deedon an OSFM IMT member.

“So our initial response given the team is to be augmented into the Emergency Operating centers in Florida where we’re to be designated once we get there,” said Deedon. “But remaining flexible at this time we’ll be able to help out with the emergency response and the individual communities within Florida.”

Green added that Oregonians will handle everything from public information support to logistics and operations planning.

“It not only takes folks to restore power, fix infrastructure, and save lives,” Green said. “It also takes folks heading up those entire support systems to hopefully get folks back on their feet as quickly as possible.”

PRESS RELEASE: Our office has mobilized 13 members from our incident management teams to Florida to help with the…

The local chapter of the Red Cross is also sending volunteers to Florida. Seven people are in Florida or on the way. An additional 20 volunteers are on standby and ready to respond if necessary.

“It absolutely gives me a lot of hope,” said Emily Venable.

Venable very much appreciates the Oregonians heading to Florida where she was born and raised until moving to Tualatin two years ago. Venable’s family still lives in Florida. Her parents live in one of the mandatory evacuation zones and had to move inland to safety.

“My level of concern is a 27 level just because my parents are older,” Venable said. “This is the first storm that’s come since I’ve been so far away and I can’t be there to help which I normally jump into that mode. Being across the country is a little strange.”

Venable will be closely monitoring Hurricane Ian, just like the Oregon State Fire Marshal’s Office, with team members deploying to the hurricane zone.

“We’re helpers,” Green said. “We’re firefighters. We want to go and help so any time that call comes in we’re fortunate we have folks trained and able to answer the call.”

The team from the Oregon State Fire Marshal’s Office will be in Florida for at least 14 days.