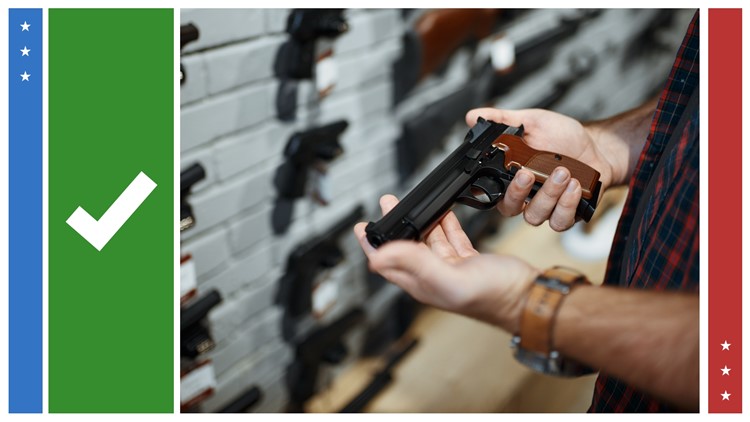 Measure 114, among other things, bans the sale of magazines holding more than 10 rounds.

PORTLAND, Ore. — Oregon voters are projected to approve gun control initiative Measure 114, according to The Oregonian, albeit by a slim margin.

Measure 114 calls for stricter gun laws in Oregon. When effective, it will require a police-issued, five-year permit and a federal criminal background check on all gun purchases, as well as required gun safety training. The measure bans the sale of magazines holding more than 10 rounds of ammunition, but leaves an exception for people who already own larger magazines.

Rev. W.J. Mark Knutson, chair of Lift Every Voice Oregon, said he is thrilled to see these stricter gun laws in Oregon, but cautioned that this is not a victory in the traditional sense.

“Those who oppose this — we value their opinions and really want a dialogue as we move forward with this,” Rev. Knutson said. “But we did win a victory for our children and youth and for all families in this state who have lost somebody to gun violence, who have been crying out, ‘Please, can you do something.'”

Opponents of the measure came from multiple corners of the political spectrum, including right-leaning voices who saw it as a hindrance only for lawful gun owners, law enforcement officials who argued that they do not have the resources to do the required oversight, and left-leaning voices who opposed the idea of placing firearms ownership at the whims of police.

Supporters argue that the measure will help cut down on the sheer volume of guns in Oregon and encourage more responsible gun safety and storage.

KGW reached out to a number of gun shops across the Portland metro area, even one NRA-affiliated group. None were interested in going on camera, but one shop owner said he is afraid Measure 114 will put him out of business so he is hoping lawyers will fight back against it.

Ballot measures typically take effect 30 days after they are approved, but in this case it could be some time before voters see a practical impact. Many aspects of the law will still need to be ironed out, including who will be handling background checks and firearms training — and what precisely that look like.