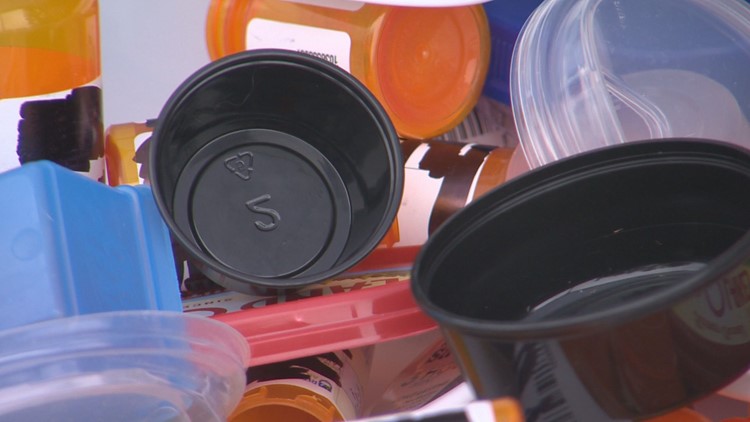 The new “single sort” method would allow previously unrecyclable products to be reused.

CORVALLIS, Ore. — Many people know the motto, “reduce, reuse, recycle.” But what is the good of recycling if what people are putting in the bin is not truly being recycled?

Scientists at Oregon State University (OSU) may be close to solving this problem for good. They have developed a new process for recycling that would eliminate the most challenging step: sorting the material. This is usually done by number. The small numbers surrounded by arrows are stamped into virtually all plastic products.

The problem with the number system is that different numbers require different processes for recycling, so not all numbers are universally recyclable everywhere. For example, in Portland only certain size containers are recyclable; the numbers are completely arbitrary. While in Eugene, only numbers two, four and five are acceptable in curbside bins. In Corvallis, only number five products are accepted alongside plastic bottles and jugs.

The big problem here is lack of awareness and consistency in practices across the board. The process developed by OSU researchers and the U.S. Department of Energy’s National Renewable Energy Laboratory (NREL) would recycle a mixture of different plastics made in varied shapes, sizes, and types into a single new plastic.

The method uses oxygen and a variety of chemicals to blend multiple different kinds of plastic into one cohesive blend. This process would happen naturally, but over the course of several hundred years. The new procedure developed by OSU and NREL accelerates this process and takes only minutes.

It also solves the problem of multi-layer packaging. These products are almost impossible to recycle using any current method because they are, by definition, made of two or more different kinds of plastic. They’re almost impossible to recycle because all existing technologies require plastics to be separated by type. They also require the plastic to be clean. Since this new method is chemically changing the plastic, impurities like food waste or dirt won’t be as big of a deal.

The “single sort” method will be more desirable for private recyclers, as it would require less manpower. Most curbside recycling programs have residents put everything in one bin, requiring the mix to be sorted before it is processed. With many cities contracting their recycling to private firms, companies are often choosing to accept fewer kinds of plastic to keep their operation in the black.

Corvallis is a prime example; the city contracts its recycling to Republic Services. They only collect number five products alongside the low hanging fruit —  plastic bottles and jugs — which are generally easy to recycle. The name of the game with recycling is making it easy and profitable for regional private businesses.

It also needs to be made desirable for largescale international industry. Plastic waste is a massive problem both in the United States and globally. According to NREL only 5% of all plastic is recycled. By making the process cheaper and funneling the fractured recycling markets into one, the OSU and NREL method would increase the viability of the international market.

Changes need to happen sooner than later. According to NREL, at the current pace, the ocean will have more plastic in it by weight than fish by the year 2050.

There have been some major efforts to combat the issue in Oregon, like James Neighborhood Recycling. The company hosts events in the Portland area where people can bring any and all plastic to recycle. But they still rely on the old technologies and manually sorting the trash, limiting how much they can process. They’re fighting an uphill battle.

OSU’s discovery is promising. Their method has the ability to produce not one, but two desirable products, depending on the blend of chemicals they used. The study found scientists could make either a blend of nylon that can be used in the production of fabric, or an emerging form of biodegradable plastics that are showing promise.

For more information on how to recycle in your community, visit How2Recycle.info