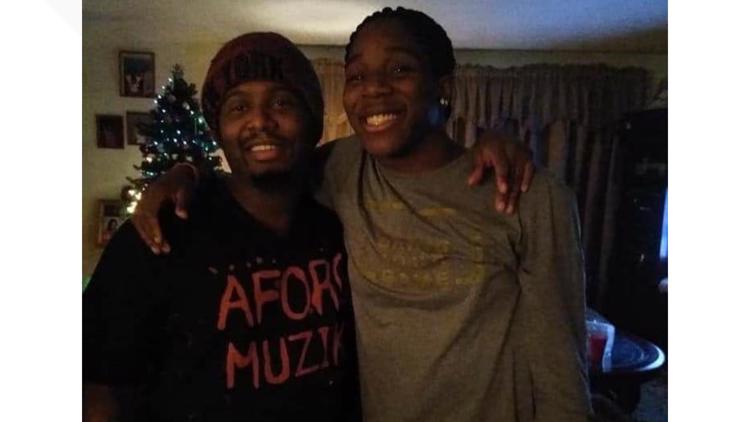 Bendu Yeaney is hoping police can track down the person who killed her brother, Jonathan Dunbar.

PORTLAND, Ore. — Flowers and candles sit at the corner of Southwest 4th Avenue and Washington Street in Downtown Portland. They are all that is left from a candlelight vigil honoring Jonathan Dunbar, a beloved father, brother and son.

“He was a goofy guy,” said Bendu Yeaney, Dunbar’s sister. “Life of the party, an entertainer. He couldn’t go nowhere without a laugh or a smile. When he met someone he made them his friend right away.”

Yeaney, a redshirt senior on the Oregon State University women’s basketball team, said she never could have imagined the guy she adores would fall victim to Portland’s gun violence epidemic.

“My brother’s not here anymore,” she said. “I never thought it would end up hitting our family just because we’re always so safe.”

That was the case up until Friday. That’s when Dunbar, 39, was shot and killed near Southwest 4th Avenue and Washington Street. Detectives said they responded to reports of gunfire just after 2 a.m. and found Dunbar dead. Family said they believe he had just left a club.

“I just want to find out who did it,” daughter Jaedyn Dunbar said. “That’s all I want out of this. I don’t want anything else. Just want to know who did it.”

Family is undoubtedly united in wanting to know who gunned down Dunbar, a man who had so many years of life ahead of him.

“He’s going to be watching over me,” Yeaney said. “I know that but I wish he was there in person.”

Anyone with information about this case is urged to contact the Portland Police Bureau.

Family has launched a GoFundMe fundraising campaign to help with Dunbar’s burial and to assist his daughter.