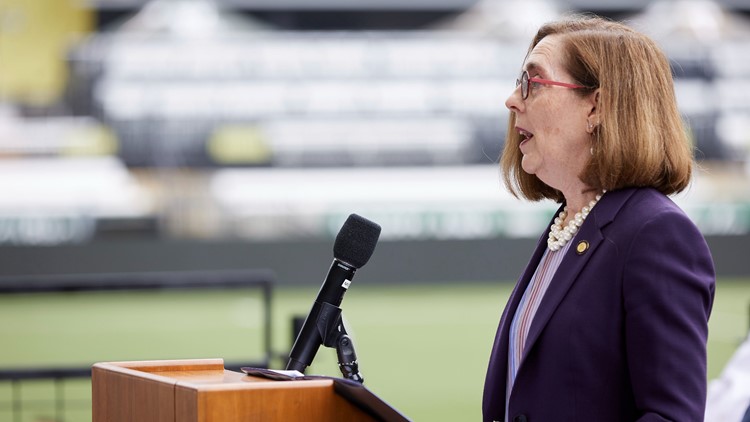 During the pandemic, many states decreased their exports and productivity, but Oregon was one of only six to see positive growth in international trade.

One of the major products exported from Oregon to South Korea is blueberries. As one of the top producers in the nation, Oregon can produce upwards of 170 million pounds of berries in a good year, according to the Oregon Blueberry Commission. The sale of the berries also provides a substantial chunk of change for the state’s economy, about $375 million and nearly 4,000 jobs to boot.

During her time in Korea, Brown also spoke with industry leaders about possibly adding Oregon blackberries and raspberries to their slate of imports.

Brown was invited to Korea University in Seoul, reaffirming ongoing educational ties between the school and higher education in Oregon. She also highlighted a reunion between the state and the nation with, service between Incheon Airport and Portland International expected to resume in 2023.

OTHER STORIE: Japan to reopen to individual tourists in October

Asian trade and tourism are critical drivers of the state’s economy across the board. Travel and tourism in Oregon is a $10 billion industry and accounts for over a billion dollars in tax revenue. Together, Korea and Japan represent 11% of Oregon’s nearly $30 billion annual gross export market.

From Korea, Brown traveled to Japan where she talked wine and semiconductors with the nation’s leaders. She also visited Oregon’s Japanese sister state, Toyama. In 2021, exports to the island nation totaled nearly $1.6 billion, making Japan Oregon’s sixth largest market. Chief of the products favored by the Japanese are Oregon wines.

During her stay, Brown sipped pinot noir and talked wine with Oregon Wine Board President and CEO Tom Danowski. The duo visited Kagurazaka Rouge, a wine bar in Tokyo that specializes in products from the Pacific Northwest. According to the Oregon Wine Board, export sales are increasingly becoming a bigger part of the market with exports up over 24% in 2020.

Brown also bolstered relationships in the tech sector. During her stay she visited Sugino, a company based in Toyama that partnered with Scapposse-based Oregon Manufacturing and Innovation Center (OMIC). Sugino specializes in high-end industrial equipment and has partnered with OMIC for the research and development of future products.

Over 150 different Japanese companies have operations in Oregon. One of those is Hitachi, which opened a nanotech research lab in Hillsboro earlier this year. So a big part of Brown’s time in Japan was meeting with industry leaders. The governor sat down with industry heavyweights like, Nikon, and the Semiconductor Equipment Association of Japan to discuss investments in the states fledgling semiconductor industry.

Her trade mission ended with a stop at PDX Taproom, a Tokyo bar that sells exclusively Oregon beer. After traveling nearly 5,000 miles, the governor sipped a hometown pint to wrap up her first trade mission to Asia in three years.