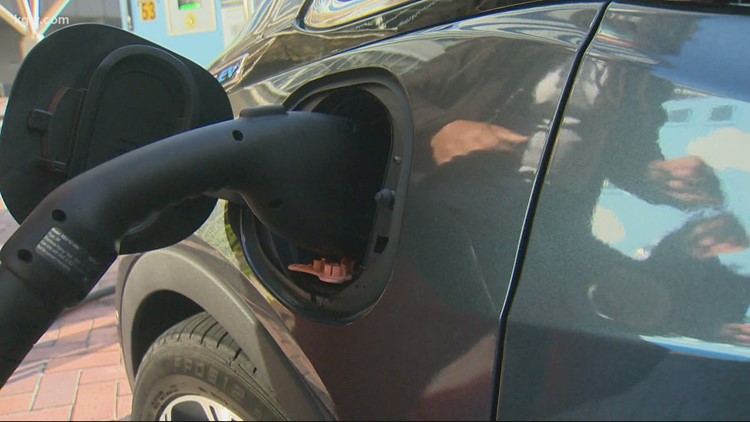 The pact seeks to curb greenhouse gas emissions while bolstering the clean energy economy and fostering cooperation across state and national borders.

“We all know the consequences of climate change can’t be denied and can’t be ignored,” Brown said, noting the uptick in severe wildfires, deadly heat waves and a long-running drought that has gripped much of the western U.S. in recent years

“Each one of us can make a difference,” Brown said. “By working together we have a greater impact.”

Specifically, the agreement calls for expanded access to low-carbon technologies, acceleration of the transition to electric transportation by investing in a network of charging stations and putting money toward “forest resiliency” to decrease the impacts of wildfires and smoke, Brown’s office said in a statement.

Newsom said the agreement shows that green energy policies are not just good for the climate, they can also serve as powerful economic drivers.

“This is not about electric power, this is about economic power,” he said.

Since the first iteration of the collaborative was signed in 2008, the region has seen a 48% increase in Gross Domestic Product and a 10% decline in greenhouse gas emissions, according to the organization’s website.

Experts with the United Nations’ Intergovernmental Panel on Climate Change have said global carbon dioxide emissions must fall by 50% by the end of the decade compared to 2010 levels, and to net-zero by midcentury, to keep warming below 1.5 degrees Celsius. Keeping global temperatures below that threshold would help avoid the worst consequences of a warming climate.

Global temperatures have already risen by as much as 1.2 degrees Celsius over preindustrial levels, according to the U.N.

Brown’s critics have said her climate policies have disproportionately harmed Oregon’s rural residents. Her Executive Order on climate was only necessary because Republicans, led by former House Minority Leader Christine Drazan, who is running to replace Brown, led a walkout of lawmakers to prevent a vote on sweeping climate legislation in 2019.

Brown has forged ahead with climate policies in Oregon, however, and touted the state’s aggressive plans to transition the state to a 100% carbon-free electrical grid by 2040 as well as the shuttering of the Boardman power plant earlier this summer, the last coal-fired power plant in the state.

“Together I know we can meet the challenges of climate change,” Brown said. “Growing our economy and protecting our planet are not mutually exclusive goals, they are moral imperatives.”