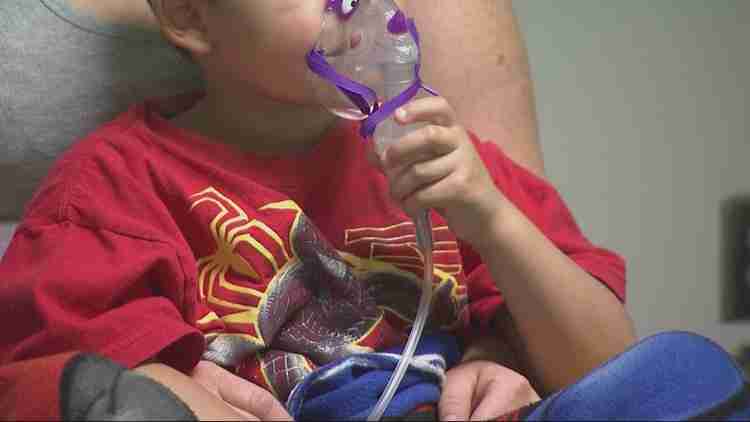 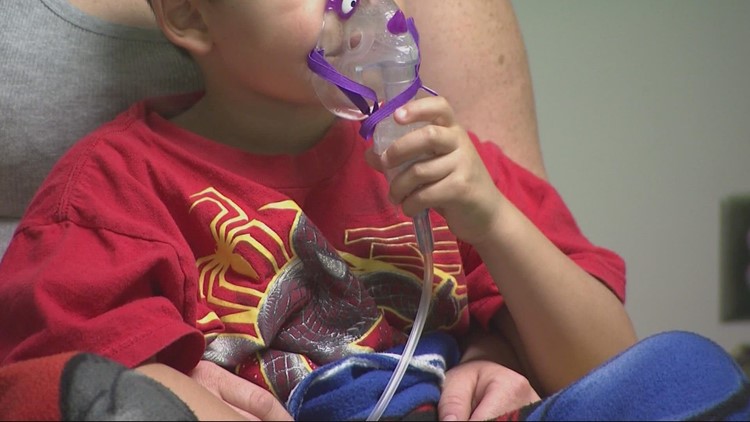 A surge of respiratory illnesses in adults and children — including COVID-19, RSV and the flu — are straining hospitals.

SALEM, Ore. — Oregon Gov. Kate Brown is extending a state of emergency as a surge of respiratory illnesses in adults and children — including RSV, the flu and COVID-19 — strains hospitals.

Statewide, fewer than 5% of hospital beds are currently vacant.

Dana Braner, the chair of pediatrics at Oregon Health & Science University’s Doernbecher Children’s Hospital, said the state is running out of pediatric ICU beds on a daily basis, and that they’ve had to set up beds in surge spaces.

OHSU and other hospitals are taking those and other measures akin to those taken during the delta wave of COVID-19 last year. They’ve also been canceling some surgeries, officials said.

“It literally constitutes the greatest threat to children’s health in our state that we have seen in the last 30 years,” Braner said.

In mid-November, Brown in an executive order gave hospitals flexibility to address the rise in pediatric hospitalizations related to respiratory viruses. The latest order expands that flexibility.

But hospitals have struggled with too many patients for available staffing for much of 2022, as nurses frustrated with working conditions have left bedside and acute care jobs, and patients have shown up on average sicker because care was delayed during the pandemic.

Allen said the state is working quickly to line up contracts with temporary employment agencies that provide travel nurses, and said some arrived at OHSU this week.

Allen acknowledged those travel nursing contracts are an expensive and short-term solution to the problem. OHA estimates the $25 million will cover contracts for 10 weeks of temporary staffing support for the state’s hospitals.

The Oregon Nurses Association said in a statement Wednesday that the announcement of $25 million in state funding to support that hiring is welcome news, although they wonder how much more effective the funds would have been if made available four weeks ago.

“It strikes us, as it might most Oregonians, that the Governor and OHA are relying on the same short-term solutions to crises in hospital capacity over and over again,” their statement said. “These efforts may help to alleviate the immediate crisis, but they do absolutely nothing to prevent the crisis from recurring.”