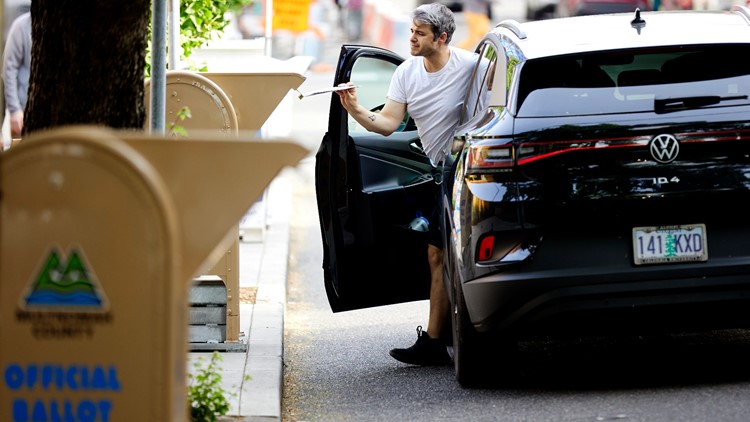 PORTLAND, Ore. — It probably comes as no surprise to Oregonians to hear that their State Constitution bans slavery. But some people might be surprised to learn there’s an exception: just like the U.S. Constitution, the Oregon Constitution technically does allow involuntary servitude as a punishment for a crime.

Section 34 of the Oregon Constitution currently reads: “There shall be neither slavery, nor involuntary servitude in the State, otherwise than as a punishment for crime, whereof the party shall have been duly convicted.”

And while that might sound outrageous, it is in fact quite common for prison or inmates do work during their sentence, sometimes voluntarily and sometimes not.

Oregonians are currently voting in the November 2022 General Election, and that includes weighing in on Measure 112 (M112), which would eliminate the “punishment for crime” exception in favor of an absolute ban on slavery in the Oregon Constitution.

The Oregon State Sheriffs’ Association’s has stated that its members “do not condone or support slavery and/or involuntary servitude in any form,” but that if Measure 112 passes, it will “result in the elimination of all reformative programs and increased costs to local jail operations.”

Supporters describe the measure as a first step in having conversations with the public about how incarcerated people should be treated.

Another big proposed shake-up on the ballot is Measure 113 (M113), which has to do with Oregon’s State Representatives in Salem.

If it passes, lawmakers with 10 or more unexcused absences in a single legislative session would lose the right to seek re-election in the next election or hold a seat in either chamber during the following term.

Both Republicans and Democrats have at one time or another fled Salem to stall votes on legislation they disagree with, although it’s been Republicans doing it in recent years due to Democratic control of both chambers.

The party in the minority has little leverage other to block the party in power from pushing through its agenda.

RELATED: Measure 111 could make Oregon the first state to ensure health care access for all

The tactic works because the Oregon State Constitution requires each chamber to have quorum present — that’s 20 members in the Senate and 40 in the House —for votes to be held. Democrats have held majorities in both chambers in recent years, but not by large enough margins to reach a quorum on their own.

Supporters of Measure 113 argue that “politicians have failed to show up to work to vote on bills.”

There are no formal campaigns against Measure 113. If it passes, the Oregon House Speaker and Senate President would be the ones to decide if a lawmaker’s absence should be excused.