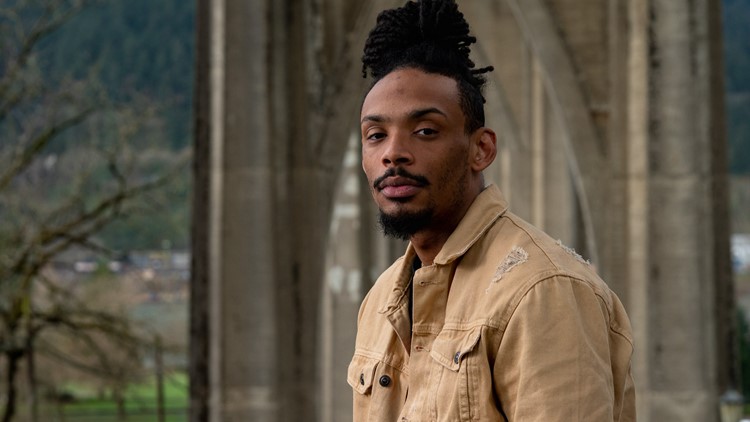 An Oregon State Police trooper and a Clackamas County Sheriff’s detective shot and killed 24-year-old Derrick Clark after a pursuit in June.

MILWAUKIE, Ore. — Two law enforcement officers will not face criminal charges after shooting and killing a 24-year-old Tigard man in June following a car chase near Milwaukie, according to the Oregon Department of Justice.

According to a narrative from the Oregon DOJ, Ferguson and Cole both tried to stop Clark on the “dark and rainy evening” of June 18, suspecting that he was driving under the influence of intoxicants. Clark sped away from the officers, the DOJ said, before driving his car into a ditch.

Ferguson and Cole commanded Clark to put his hands up after arriving at the scene of the crash. Clark had a gun in his right hand as he got out of his car and started running, according to the DOJ narrative.

“He raised the weapon in the air at one point as he was fleeing. Both Detective Ferguson and Trooper Cole fired multiple shots toward Mr. Clark,” the DOJ said.

Clark was hit twice and died at the scene, according to police statements at the time.

The shooting was investigated by the Clackamas Interagency Major Crimes Team, led by investigators from the Oregon City and Lake Oswego police departments. An assistant district attorney presented the results of the investigation to a Clackamas County grand jury.

“This was obviously a tragic incident that everyone wishes had not happened,” said Attorney General Ellen Rosenblum. “I want to thank Clackamas County grand jurors for their service as well as the Oregon City and Lake Oswego police departments for their thorough investigation.”

Clark was a teacher-in-training with The Insight Alliance, a nonprofit which provides support and counseling for inmates. Clark was introduced to the program while serving time at MacLaren Youth Correctional Facility as a teenager.

On June 26, demonstrators turned out near Clackamas Town Center to protest Clark’s fatal shooting. His family and friends questioned whether officers may have violated agency policy by starting a pursuit that night; Clackamas County deputies are only supposed to engage in pursuits when they believe the person has committed a felony crime. Clark was being pursued for DUII, a misdemeanor.

In its statement on Tuesday, the Oregon DOJ specified that the grand jury was asked only to determine whether the involved officers’ conduct warranted criminal charges: “questions regarding matters that are civil or administrative in nature were beyond the scope of the investigation and the grand jury’s consideration.”

The Oregon State Police also released a statement Tuesday, saying in part that “the use of deadly force profoundly affects everyone involved, their families, and the entire community.”

“We would like to thank everyone for their patience during this process and the Grand Jury members for their comprehensive review of the facts,” OSP said. “We have asked the Oregon Department of Justice to make a public release of the facts presented to the grand jury because we believe it is important for our community to better understand the circumstances when deadly force is used.”

Beyond the brief narrative about what the investigation concluded about the series of events that preceded the shooting, the Oregon DOJ’s statement did not include additional materials that would have been presented to the grand jury. The DOJ indicated that these might be made available through a public records request.