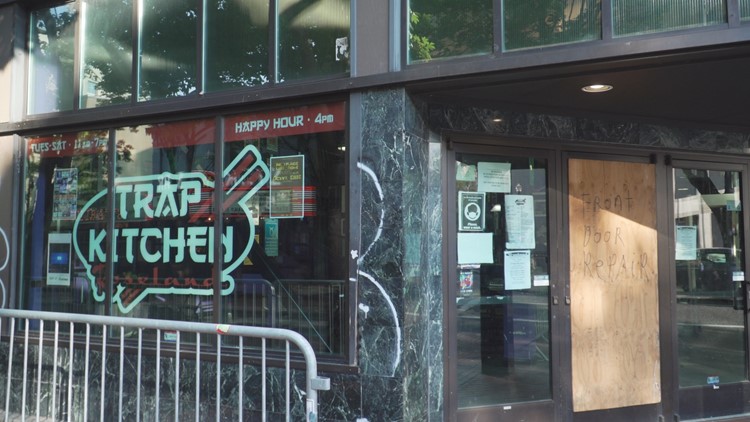 A restaurant in Old Town is asking for the public’s help to find the people responsible for vandalizing their restaurant.

PORTLAND, Ore. — A restaurant in Old Town needs help to find the criminals who reportedly broke their windows and burglarized their shop.

Trap Kitchen shared surveillance footage from Friday morning that shows three people who broke a window with a blow torch and stole money from the register.

The restaurant’s owner, Malachi Jenkins, said they were only open for a few months before the crime happened.

“We never did think someone would break in here. The community knows us, downtown knows us, everybody knows us around here — other businesses. So we kind of look out for each other, but yeah we didn’t expect this,” Jenkins said.

Trap Kitchen said they’re going to beef up their security and surveillance. The restaurant makes it a point to help feed homeless people in the neighborhood.

According to PDX Eater, Trap Kitchen opened a restaurant inside the Roseland Theater this past May, serving lobster pizzas and teriyaki pineapple bowls.

The owners would like anyone with information about the burglary and vandalism incident to contact Portland police.

RELATED: NE Portland coffee shop targeted by vandals prior to ‘Coffee with a Cop’ event